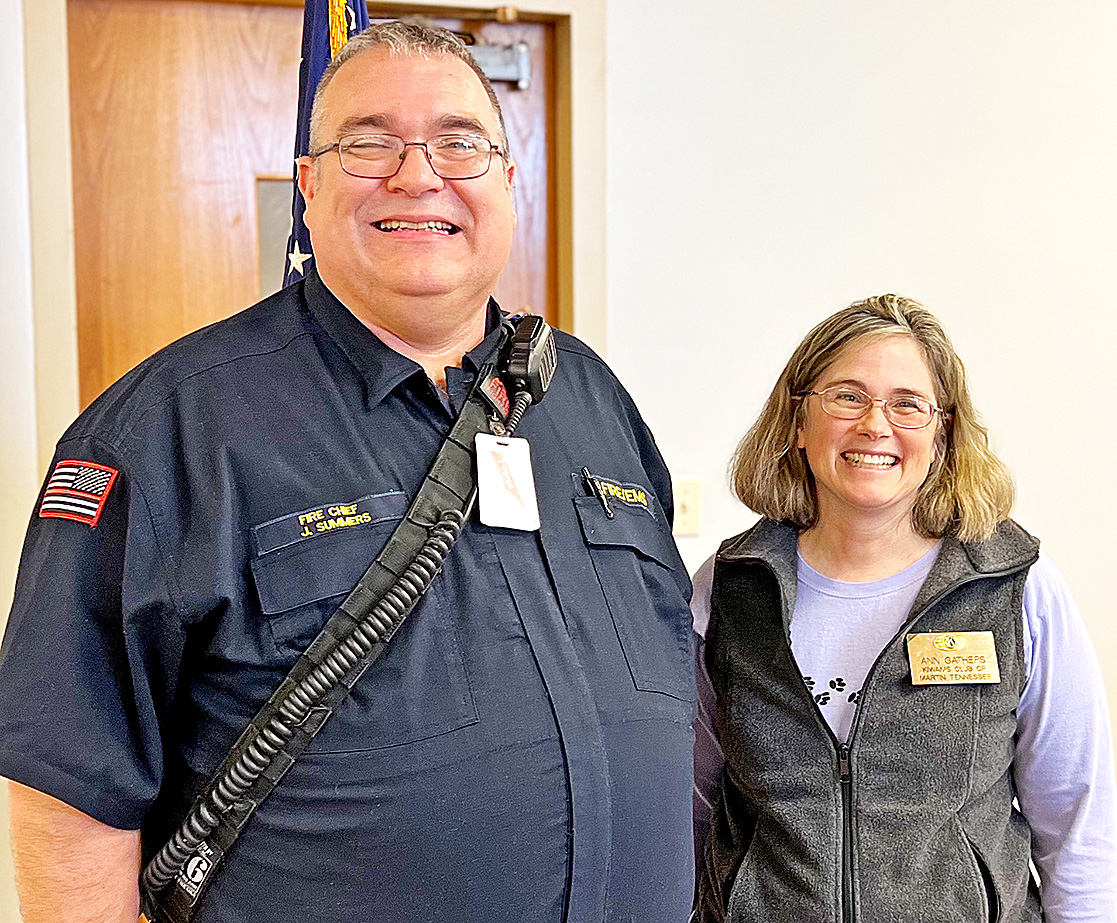 Fire Chief Jamie Summers explained the significance of an important milestone in the City of Martin Fire/Rescue/EMS Department when he spoke to Kiwanis on January 4. Chief Summers is pictured here with Ann Gathers, Kiwanis president. Just a few months ago on August 1, 2022, the department was given an IOS 3 fire rating, which places the Martin department in the top three percent of the 786 fire departments in Tennessee and the top 8 percent of fire departments in the United States. Chief Summers explained that this public protection classification is a direct reflection of the community’s fire suppression and control resources and is currently used by numerous insurance companies (Insurance Services Office) to calculate individual and property insurance premiums. Chief Summers, who is marking his 23rd year in the department, described for Kiwanis members the current department of 42 employees; the locations of the three fire stations, the apparatus of fire engines, ambulances, other vehicles, and special operations equipment; and other department milestones, including grants and certifications that have been received.