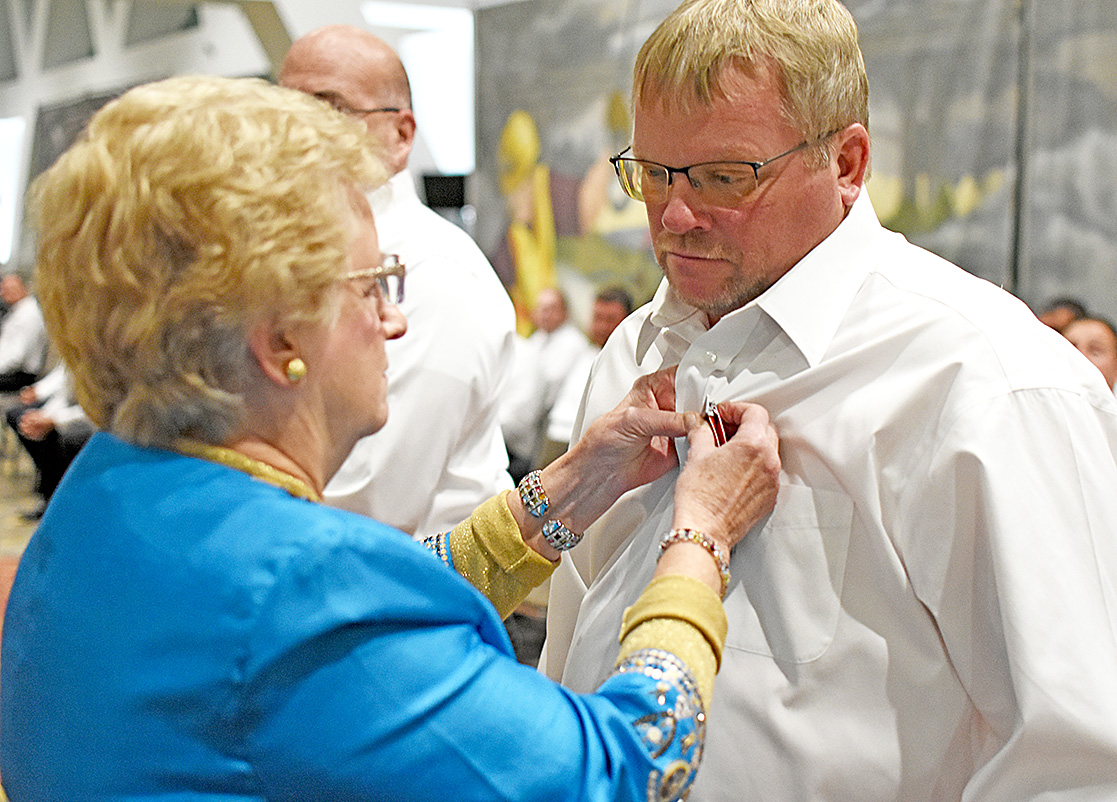 AWARDED – Joe Pearce of Pearce Truck & Auto in Martin is awarded with the Cross of The Order of Towman during a Nov. 18 induction ceremony in Baltimore, Maryland.

Joe B. Pearce of Pearce Truck & Auto LLC in Martin was recently inducted into The Order of Towman by American Towman Magazine. Pearce was awarded with the Cross of The Order, a Maltese cross with a unique towing icon sculpted inside, for his dedication to the towing trade and for serving his community.

Pearce was nominated for the award by the Sharon Police Department.

The Cross of The Order depicts a hand pulling back an arrow from a bow, the bottom of the bow is in the shape of a tow hook being grabbed by another hand. Beside it is a Latin inscription, “Intendo Fidelis,” which means, “Aim True.”

In receiving the Cross of The Order, Pearce entered into an elite organization of towing professionals nationwide, The Towman Order. During the induction ceremony, he took an oath to continue in his dedication to his profession and his support for his community. Much of the work performed by Pearce and other towmen involves accident-related tows dispatched by local police and fire departments.

Pearce received this honor on Nov. 18 of this year during the 33rd annual American Towman Exposition in Baltimore, Maryland. The award is formally sanctioned by American Towman Magazine.