DISCUSSING THE ISSUES – Mayor Mark Maddox and city aldermen discuss the issues brought before the Dresden City Board during their first meeting since the November municipal elections. 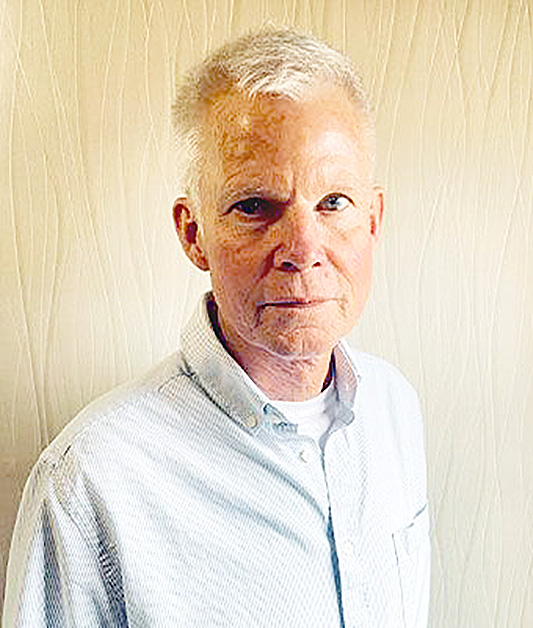 The first meeting of Dresden’s newly elected Board of Mayor and Aldermen was held at the Dresden Senior Citizen’s Center on Monday, Dec. 5.

New Board members consist of Mayor Mark Maddox, as well as Aldermen Curtis Doran and Dale Hutcherson. Incumbent Alderman Gwin Anderson was re-elected to another term of office. The other three aldermen seats, which won’t be on the ballot until Nov. of 2024, remain filled by incumbent Aldermen Willie Parker, Ralph Cobb, and Kenneth Moore.

The Board re-elected Alderman Gwin Anderson to another term as vice-mayor. This is Anderson’s eighth term as a member of the Dresden Board of Mayor and Aldermen.

During an interview prior to the meeting, Anderson was asked what he envisions for Dresden’s future.

Anderson said, “I’m excited about the possibilities going forward. We have a good mix on the board of aldermen. We have people who have been there awhile. We have young people. We have people that have been involved with the City in various capacities. I think it’s going to be good.

“I think that Mark Maddox is well positioned to navigate some of the difficulties we have moving forward. He is experienced in state government. This is going to help us navigate the bureaucracies in both state and federal government in order to get what is due us, whether it’s FEMA or whatever. I think we’re going to accomplish quite a bit in the future.

“I joked that I feel like the Strom Thurmond of Dresden, only because he served for such a long time. I just kept running and kept getting re-elected. The people of Dresden keep sending me back, and I get more votes each time than I did the time before. I try my very best to represent what’s going to move us forward and make Dresden a better place to live. I’ve got their back, and I think the voters see that.

“I try not to take personal attitudes about some things. If we make this place a better place to live, then everybody wins.

“I think we have a lot of opportunities, moving forward. We need to upgrade our recreational facilities. I keep hearing from the people we need soccer fields. I think we need to address activities for our older citizens, as well. I know the walking trail does a lot of that. It’s used extensively every day. But I think we can do some other things.

“The tornado kind of got us off track, but I think we can recover from the tornado at the same time we’re trying to do new things,” Anderson said.

Commenting on the status of the recovery effort in the downtown area, Anderson said. “The Flower Box (florist) is coming up out of the ground. It has to have concrete block walls that can withstand a fire for two hours before it goes into the adjacent building. Although construction is hampered somewhat because of the weather, they’re laying the concrete blocks. They were anxious to get started, but were having to wait on the City to come up with the elevation of the sidewalk. They didn’t want to have to step up to the building; they wanted to be able to walk right in. Once we told them that, they were able to pour their concrete floor,” Anderson said.

Concerning the cost of the Dresden Municipal Complex, Anderson said Henson recommended that the cost estimate should be as close as possible. “It doesn’t need to be off the cuff,” Anderson said. “You need to know pretty close what the thing is going to cost.”

Anderson noted that Henson has been construction manager on projects a lot larger than what Dresden is undertaking. “I think we are in good hands.”

“It’s not going to be cheap; but we don’t need cheap,” Anderson said. “We need good. I fully expect the building this city is getting ready to build, will still be in utilization 100 years from now.”

Communications from the Mayor

Mayor Mark Maddox stated Cary Henson of Henson Construction Services has reviewed the proposed layout for the Dresden Municipal Complex, and Henson informed the mayor cost estimates could possibly be completed by the middle of the month.

Maddox also mentioned that Dresden has received a $100,000 Downtown Improvement Grant for improvements to building facades and outdoor public spaces.

According to City Recorder Jennifer Branscum, the City will take applications from downtown property owners. Once the contract is signed, which is supposed to be sometime in January, grant funding will be disbursed to downtown businesses in the form of mini grants.

Dresden citizen Mary Dortch stated a deep hole cut into the side of Linden Street, which had no barrels or traffic cones to mark the hazard, caused $1,105 in damages to her vehicle, and she requested the City pay the repair costs.

When asked why it’s taking so long to fix the street, Public Works Director Josh Lassiter stated the City is waiting on Ford Construction (which has the contract) to make the repairs.

Although Dresden’s insurance carrier claimed the City is not liable, Alderman Anderson said, “I think we have an obligation to keep our streets safe.” He noted the street has been in need of repair for several months and the City has a responsibility to pay for the repairs.

Pemberton warned if Dresden pays for the damages, it could set a legal precedent.

However, Anderson stated, whether the City has a legal obligation to fix the vehicle or not, in his opinion, it has a moral responsibility to do so.

Following discussion, Anderson made a motion to attempt to get the insurance company to pay for the damages, but if this fails, for the City to cover the auto repair costs.

The motion passed 4-2, with aldermen Moore and Parker voting against the measure.

Dresden citizen Chase Kesterson suggested photos be taken of all of the potholes in town to attempt to get additional grant funding for street repairs from state and federal sources.

One of the top items on the agenda concerned the purchase price of the Winstead property. However, Dresden City Attorney Beau Pemberton said the Winstead’s attorney, Langdon Unger, informed him he has not yet met with his clients to work out a purchase price agreement.

Pemberton told Board members that he has not yet been able to get Hutcherson and Nanney to sit down and discuss the demolition invoices.

Branscum stated the demolition costs are based on the average expense for clearing all of the building debris on properties in the downtown area, which had to be torn down following the tornado on Dec. 10, 2021.

The mayor also announced that the Weakley County Chamber of Commerce is hosting its annual Christmas Reception on Thursday, Dec. 8, from 5:00 to 7:00 p.m.

A tornado remembrance event will be held at the Dresden Senior Citizens Center on Saturday, Dec. 10 at 2:00 p.m., which will be followed by a tree-lighting ceremony on the court square. The Long-Term Recovery Group is in charge of these events.

Maddox stated Board members are invited to attend the Office on Aging Open House set to take place at noon on Monday, Dec. 12. The event also includes lunch.

According to Maddox, police chief applications are due at noon on Friday, Dec. 16.