Bouncing Back from Tragedy 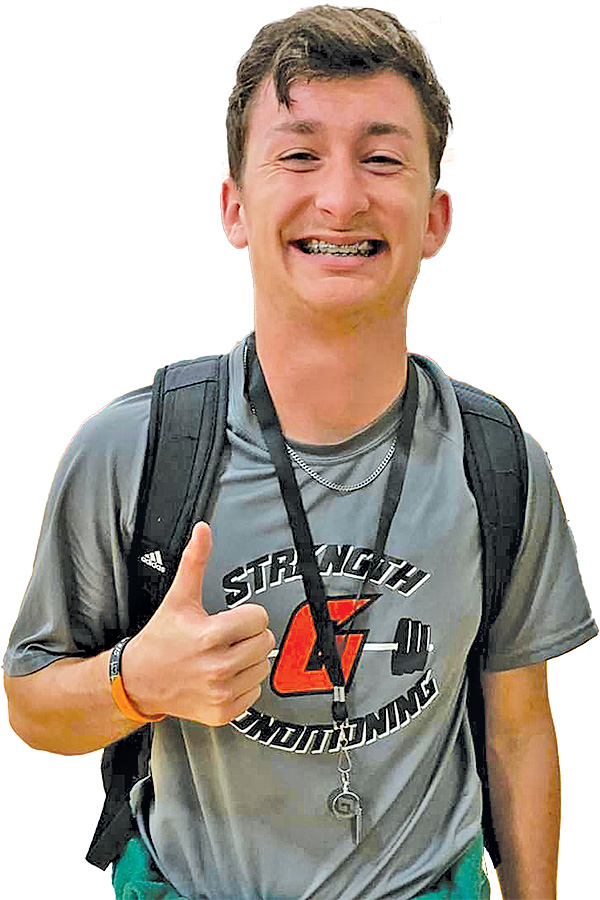 Being told that you can never again do something that you really love – that would be hard for anyone, particularly for a young man with his whole life ahead of him. But that was what 18-year-old Blake Rodehaver, son of Jason and Shonda Rodehaver of Greenfield, had to face when a medical emergency back in August put an end to his aspirations as a young athlete.

But through faith and resiliency – and with the love and support of family, friends, teammates, and coaches – Blake has bounced back from that tragedy and disappointment and found a new way to pursue his love of athletics through coaching.

According to Blake, he has been playing sports since he was very young, starting with baseball when he was just four years old. He been a part of Greenfield’s boys basketball program since the 7th grade. Now a senior at Greenfield High School, Blake has been a three-sport athlete for most of his high school career, playing basketball for the past three seasons; baseball his freshman and sophomore years; and football as a freshman, junior, and senior.

According to Blake, he was hoping to go on and play sports at the college level after high school, but, tragically, his career as an athlete ended during Greenfield’s season-opening football game against South Fulton on Aug. 19.

As Blake detailed, he first sensed that something was wrong immediately after an offensive play in which he ran a route as a possible receiver.

“They didn’t throw me the ball, and I started walking toward the sideline,” said Blake. “I felt numb. I couldn’t feel anything. Then I just went out. I woke up in the ambulance.”

Blake was transported by ambulance to a helipad in Greenfield and was airlifted from there to Vanderbilt Medical Center in Nashville.

He was treated and released a few days later, but while he was there, he was informed by doctors that he had a very rare genetic condition called Brugada syndrome, which affects the way electrical signals pass through the heart. It can cause dangerously fast heartbeats known as arrhythmia, which can be life threatening.

“On my third day in the hospital, they broke the news that my career was over,” said Blake. “That was tough.”

But that really wasn’t the end of Blake’s career in athletics – not by a long shot.

According to a Facebook post, Blake’s first words when he got back to school were: “Coach, I still want to be a part of the team, and I’ll do whatever the team needs me to do.”

After some discussion with Greenfield coaches and administrators, Blake decided that he wanted to get into coaching, and it was determined that working as an assistant coach with young athletes at the junior high level would be the ideal way for him to get his feet wet.

With this new opportunity, Blake has found a way to channel his love of sports in a way that helps his younger schoolmates hone their skills as upcoming athletes.

“I love these kids, and seeing their passion to play is really encouraging,” said Blake. “It sucks that I can’t play, but this is the next best thing.” 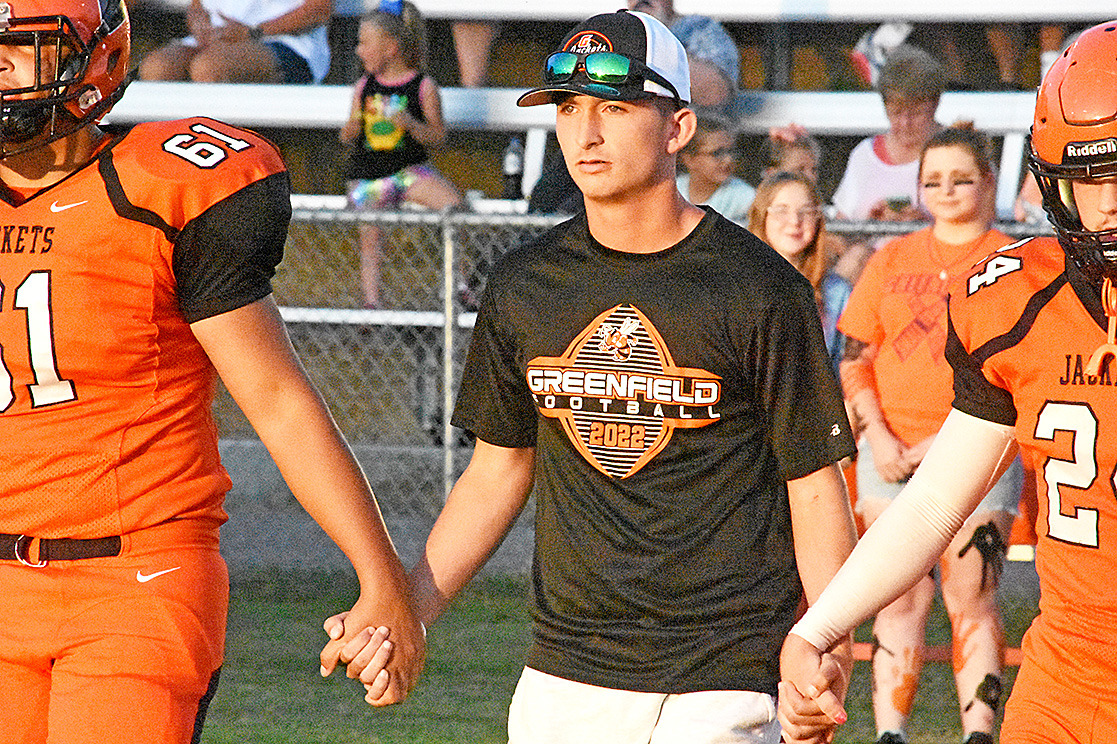 UNDYING TEAM SPIRIT – After an Aug. 19 medical emergency brought his career as an athlete to an end, Greenfield High School senior Blake Rodehaver joins his teammates on the field as an honorary captain before the Yellow Jacket’s Aug. 26 game against Dresden. Blake has been on the sidelines supporting his teammates every game since. Photo by Ron Park.

And under Sims, Blake, and the other assistant coaches, the Yellow Jackets have had a really good start to their season, grabbing three wins in their first week, including a 53-6 win over Gleason, a 46-17 win over Lakewood, and 57-19 win over Bradford.

All this has prompted Blake to rethink his future plans.

“I plan to go to a local community college, go into education, and then hopefully start my coaching career,” he said.

And, in spite of the disappointment of no longer being able to play sports, Blake said he is very thankful for the opportunities he has been given – and, most of all, thankful to be alive.

“God is still in the miracle-working business,” he said. “I’m blessed to be here.”