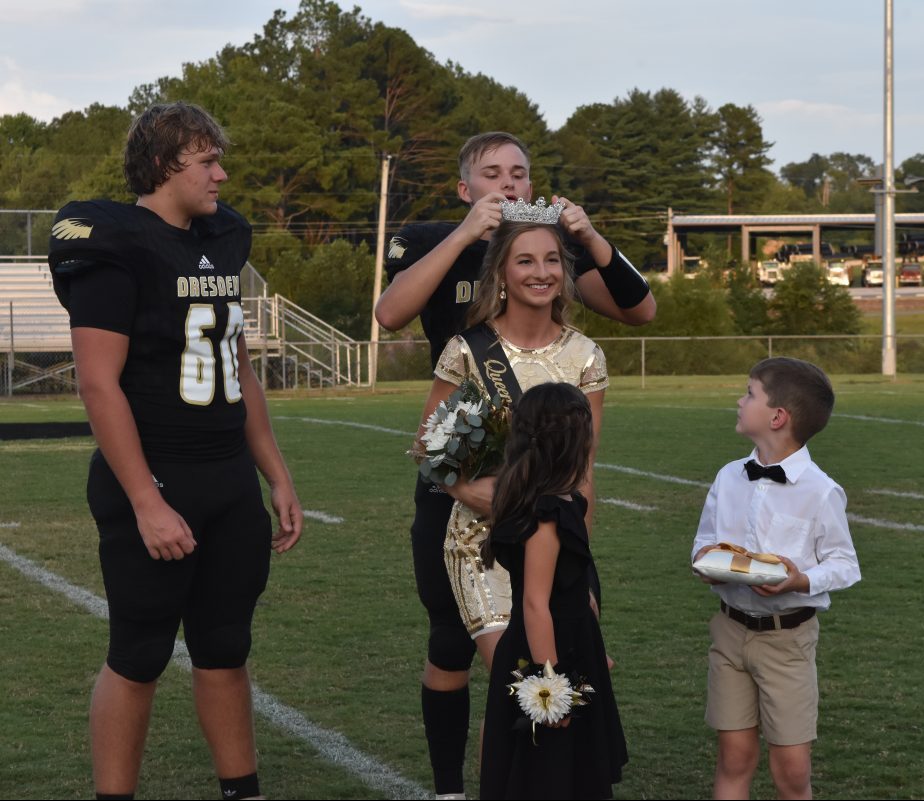 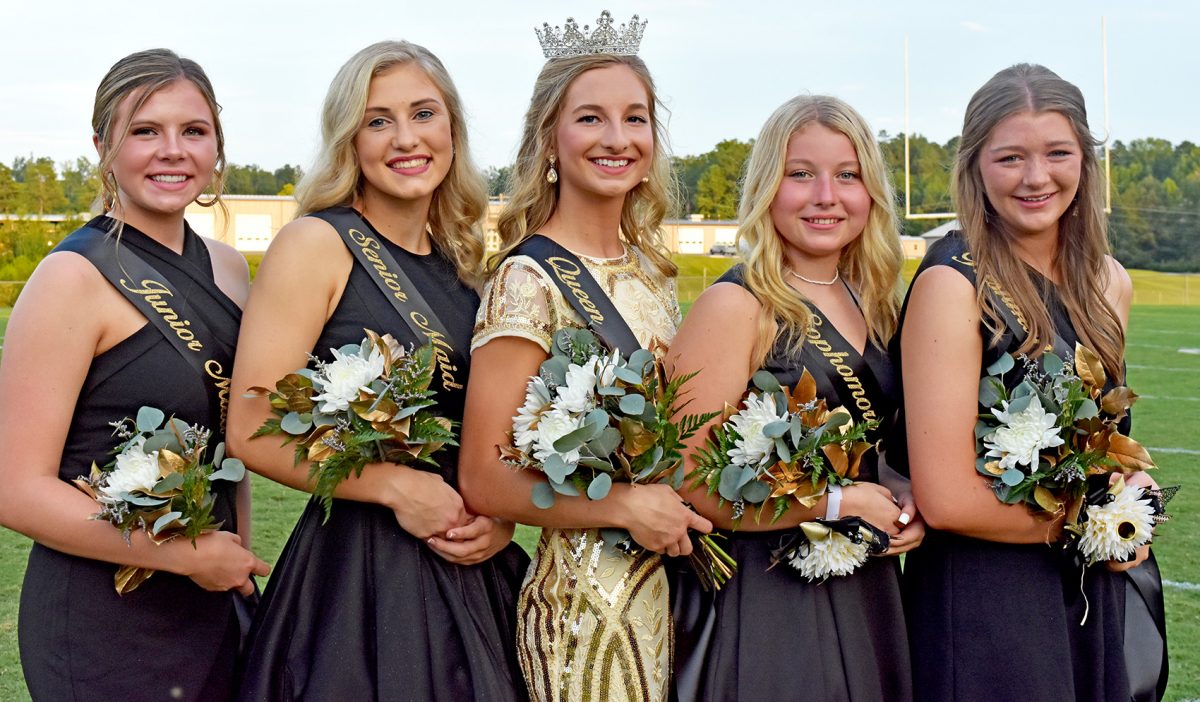 Dresden High School football players, managers, cheerleaders, and, of course, the homecoming court and queen were all spotlighted Friday night during pregame ceremonies.

Maggie was escorted by senior players Jayden Dolack, son of Beth and Tim Dolack, and Maconnell Forrestor, son of Keith and Ginger Forrestor. She was also attended by Ella Brooks, daughter of Jennifer and Eric Brooks, who carried the bouquet, and Marshall Garner, son of Zach and Danielle Garner, who brought out the crown.

Maconnell presented Maggie with her bouquet and Jayden placed the crown on her head.

Other members of the homecoming court included:

*Senior Rep. Lucy Curry, daughter of Amber Crews and Josh Curry. She was escorted by Jayson Ritz, son of Richard and Ashlee Ritz, and Hunter Hamilton, son of James and Janie Hamilton.

*Junior Rep. Ashlee Mallon, daughter of Chris and Amy Mallon. She was escorted by Nick Turnbow, son of Joan Turnbow, and Tristan Jett, nephew of Jarred and Kelly Moore and grandson of Merkey and Tina Trevathan.

*Sophomore Rep. Anabelle Spence, daughter of Tim and April Spence. She was escorted by Tanner Oliver, son of Casey and Valerie Oliver, and Braden Hamilton, son of Heather North and Jeremy Gordon and grandson of James and Janie Hamilton.

Others recognized during homecoming ceremonies were: