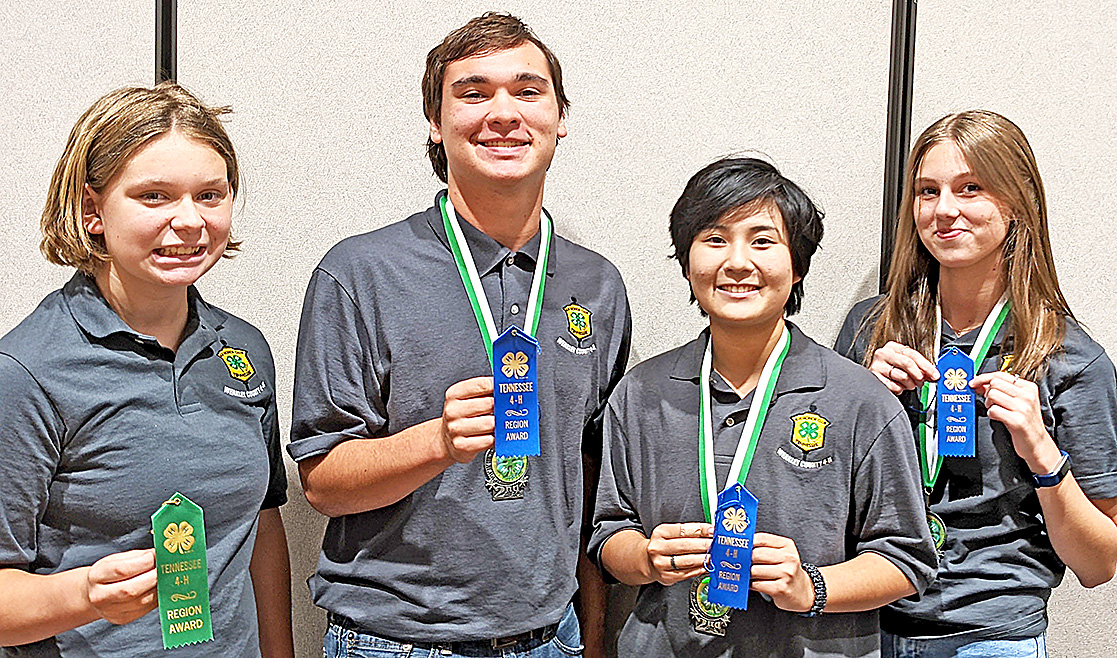 This contest consisted of an identification portion where the participants had to identify specific tools and utensils as well as interior design and sewing techniques. There was a station for each category and the 4-Hers rotated throughout all of the stations. Each station had items for them to identify, such as types of windows, kinds of fabric, kitchen utensils, tools, appliances, and many more.

There was also a team presentation that had to do with proper etiquette. The team was given a scenario involving a problem and they were given a set amount of time to come up with a solution and present it.

Another portion of the contest involved nutrition placings classes. For this the competitors were given a scenario involving 4 nutritional options. They were asked to rank each choice in order of how well it met the criteria of the scenario. The Weakley County team placed second overall in this competition. The top four teams get invited to the state competition, and the Weakley County team will be traveling to Knoxville in October to compete at the state contest. The winner of the state contest will be invited to compete at Nationals in Colorado.