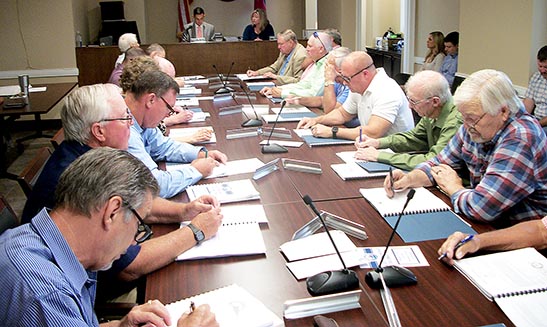 Members of the Weakley County Commission approved the FY 2022-2023 budget, which specifies the property tax rate and appropriations. Photo by David Fisher/The Enterprise

After carefully studying the county’s financial condition and estimating revenues and expenditures for FY 2022-2023, the commission decided budget revenues will be sufficient without the need to raise taxes. Therefore, Commissioners approved a resolution fixing the property tax levy for Weakley County at $1.9727 per $100 of assessed value, which will provide revenues for each of the following levies:

The commission approved a resolution, which makes appropriations for the various funds, departments, institutions, offices and agencies of Weakley County for FY 2022-23, indicates anticipated expenditures as follows:

Commissioner David Hawks said, last year, he voted against the budget, mainly because he was given a copy of it 24 hours before the meeting took place, and he didn’t have adequate time to study it ahead of time. However, Hawks commended Commissioner Eric Owens, who serves as chairman of the Finance, Ways and Means Committee, as well as Director of Finance John Liggett for getting the budget to commissioners in plenty of time to review it.

Commissioner Owens stated department heads are receiving a 1.38 percent raise this year. The department heads will be given sufficient funding in their budgets to give members of their staff a pay increase up to 2.5 percent, based on job performance and other criteria. Owens noted the pay increase is far less than the 6 percent county employees received in last year’s budget.

As part of the County’s budget for FY 2022-2023, commissioners unanimously approved a resolution making appropriations to non-profit charitable organizations to benefit the general welfare of the residents of Weakley County. They are as follows:

The Commission voted to rescind a resolution adopted on July 28, 2015, which increased the compensation of the Weakley County Sheriff 10 percent above the minimum level of compensation for sheriffs established by Tennessee state law.

Although the Weakley County Jail will remain a declared workhouse, the commissioners decided they do not wish for the incoming sheriff, who will be elected in the August 4 General Election, to receive the additional compensation for ex-officio services as a workhouse superintendent. Instead, the position of sheriff shall be set at the minimum level of compensation established by state law.

Supervised inmate labor is utilized as follows: picking up litter; performing maintenance on roads, county buildings and grounds, as well as the cities of Martin, Sharon and Gleason; distributing commodities; and working for various non-profit organizations.

A resolution adopting changes to the rules regulating the procedures of the Board of County Commissioners was approved. The revisions involve the following:

The number of commissioners serving on the Public Safety Committee is changed from six to seven members.

The Public Works Committee will convert from six to seven members.

The Health, Education and Economic Development Committee will no longer consist of nine members. Instead, it will have seven members that do not serve on the Finance, Ways and Means Committee.

These rule changes were made over the objection of Commissioner David Hawks, who argued the Health, Education and Economic Development Committee reviews the School Department finances, which is a big part of the county’s budget, and should remain unchanged with nine members. Hawks stated, with only seven members, some of the HEED Committee members would not know what’s going on in the Finance, Ways and Means Committee, and vice versa, if the proposed changes were approved.

Commissioners Gary Eddings and Jack Vincent stated having nine commissioners on the Finance, Ways and Means Committee and HEED Committee would provide for fairer representation of each district.

A motion by Hawks to leave the HEED Committee with nine members, and for the other committees to remain unchanged with six members each, failed due to lack of a second.

The resolution outlining the re-structuring of the committees passed on a voice vote with the majority of commissioners in favor of the original motion.

The Commission approved a resolution to appoint members to the Rules Committee of the Weakley County Board of Commissioners as follows:

In the event that any of the above-named commissioners are not re-elected, the elected commissioner with the highest vote total in each respective district will be appointed as a member of the Rules Committee.

Commissioner Jack Vincent questioned the necessity of having a Rules Committee. Vincent asked why not have the Finance, Ways and Means Committee perform the functions of the Rules Committee instead.

The resolution passed on a voice vote, with the majority of Commissioners voting in favor of its passage.

Commissioners appointed several individuals to serve in various capacities as listed below:

Retention of Service Weapon Upon Retirement

In accordance with Tennessee state law, the Commission authorized the sheriff or deputy sheriff, upon retirement, to retain their service weapon in recognition of many years of good and faithful service. The Weakley County Sheriff’s Office has adopted a policy defining the retirement requirements as honorable and faithful service as a deputy sheriff in good standing for this county of not less than 25 years.

The law stipulates that a vote of two-thirds majority of the county legislative body is required for passage. This threshold was accomplished when the resolution was unanimously approved by all 18 commissioners.

The service weapon will be replaced out of the Sheriff’s annual operating budget.

In announcements, Weakley County Mayor Jake Bynum stated there will be a swearing-in ceremony for county commissioners and elected officials at 5 p.m. on August 30, at the courthouse. Photos of elected officials will be taken at 4:30 p.m.

A Rules Committee meeting is scheduled for 9 a.m. on September 1.

The next regular meeting of the Weakley County Commission is scheduled for September 20, 2022. 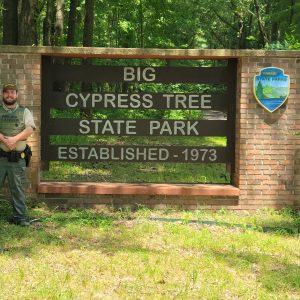