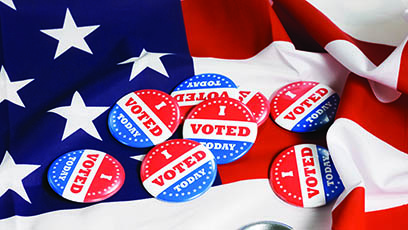 WEAKLEY COUNTY (July 30) – With 14 days open in the county to cast and early or absentee ballot for the Thursday, August 4, election, 15.8 percent of the more than 18,700 registered voters have already let their voices be heard for the upcoming election.

Numbers released at the end of the early voting period July 30 by Weakley County Administrator of Elections Alex Britt show 2,962 ballots cast early or by absentee. Seventy-six of those votes were by mail, with 40 opting for a Republican primary ticket, 28 for a Democratic primary ticket and 8 voting only in the County General Election. Forty-five votes were from nursing home residents, with 22 declaring a Republican ballot, 11 a Democratic ballot and 12 opting out of the state primary election.

Of the early ballots cast in-person at either the Election Commission office in downtown Dresden or the Martin City Masonic Lodge in Martin, 2,184 voters opted for a Republican primary ticket; 348 opted for a Democratic primary ticket and 427 cast a vote only in the County General election. The largest one-day turnout was Friday, July 29, when 338 voters in the county headed to the polling booths.

On the state Democratic primary ticket, voters can choose from the following contested races – Governor, which has Carnita Atwater, Jason Martin and JB Smiley Jr. looking to claim a spot on the ballot against sole Republican primary candidate and incumbent Governor Bill Lee.

The U.S. House of Representatives District 8 primary ballots has Democratic candidates Tim McDonald and Lynnette Williams looking to gain the Democratic ticket for the November election. On the Republican side, candidates Danny Ray Bridger Jr., Gary Dean Clouse and Bob Hendry are looking to unseat incumbent Rep. David Kustoff for the primary ticket. After Thursday, both parties will have one candidate vying for the seat in the November election.

State Rep. Tandy Darby for the 76th District is the sole candidate for the state House seat on the primary tickets. Darby is a Republican from Greenfield.

Seeking the positions of State Executive Committeeman are Republicans, Ryan Ellegood and Jim Poe and Committeewoman Tess Robbins. No Democrats qualified for the seats.

Thursday will offer a handful of contested county seats for voters who have yet to cast a ballot. Vying for the elected seat of District Attorney General for the 27th Judicial District (Weakley and Obion counties) are assistant DA Colin Johnson, Independent candidate from Dresden, and Adam Nelson, an attorney and Republican from Union City.

The office of Weakley County Circuit Court Clerk is also up for grabs as Republican Courtney McMinn of Martin is seeking to keep her seat, while Jennifer Killebrew, former Circuit Court Clerk and Independent candidate from Dresden seeks to move back into the position.

Polls open at 8 a.m. Thursday at the following locations: Gleason School, Greenfield School, Sharon School, Personal Development Center in Dresden, Martin Gateway Center and Martin City Masonic Lodge. Voters have until 7 p.m. to cast a ballot. To vote on Election Day, voters are allowed to utilize any polling location in the county, regardless of what city they are registered to vote; this is also known as “convenience voting.”