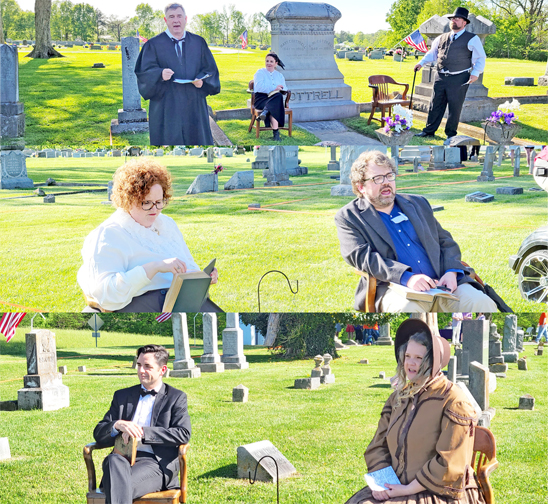 The 42nd Annual Tennessee Iris Festival hosted its most interesting event for those who love Weakley County and Dresden history. The cemetery walk, held Sunday at Sunset Cemetery was themed after Prominent Pairs from the Past. Featured pairs included J.E. Dromgoole and Sue Dromgoole Mooney, played by Jake Bynum and Cynthia Jones. Wes Cottrell and Mary Cottrell was played by Tim Spence and Jenny Killebrew, with a surprise guest appearance of Judge Joseph E. Jones, played by Mark Maddox. Each character highlighted their family history, their contributions to Weakley County and to Tennessee, along with their mark made on Dresden itself.