Citizen of the Year 2022: In Honor of the late Bill Stallings

One of our town’s brightest stars, Bill Stallings, passed away in 2021. In honor of his legacy, he has been

named our Honorary Citizen of the Year. Bill served our community tirelessly for years, and his passion

for the Iris Festival was clear to anyone who came into contact with him. Our festival benefitted from his

humor, excitement, and diligent work and we were honored to get to serve with him. 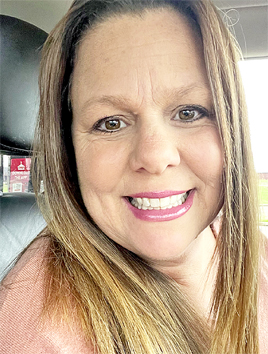 Citizen of the Year 2022: Sandra Taylor

I am Sandra Taylor, Director of Be The Village, wife to Jason, mother to 5 beautiful children, teacher to all those that God brings to me, businesswoman, and willing servant of my community. I was born and raised in Middle TN. My father owned multiple businesses. I knew that I wanted to work with him in our family businesses. By the time I was 21 years old, I was managing four of them. In 2001, I married Jason, who had attended UTM. We chose to move to the area in 2014 to raise our children in a smaller area.

Since moving to Dresden, I have opened several businesses including my childcare center. I am a member of the First Baptist Church in Dresden where I serve on the children’s committee and vacation Bible school outreach committee. I have a heart for people, especially children. One thing I learned serving the community was that many children are worrying about things that children are not equipped to manage. They are devastated by circumstances by being caught up in poverty, homes of abuse and addiction, and/or the trauma of not having a stable home and living in the foster care system. The foster care system does everything that it can to keep these children safe and secure, but it cannot stop the mental and emotional effects of being there. The questions for me became, “How can we make this easier?” and “How can I be the hands and feet of Jesus for them?”

There were a few programs available to serve the people who were willing to take these children in or lighten the pain of this kind of life transition. I was asked to collaborate, and eventually direct, Be the Village. We are a ministry that serves these children and the families that welcome them in NWTN. We have been steadily expanding our reach over the past few years. Our vision is to increase our services and reach in the future, including a safe transitional home and a home for children that age out of the system. Few people know that these children find themselves homeless once they turn 18 years old. We want to see them have equal access to a successful life like any other child. 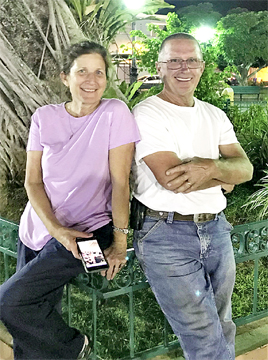 Citizens of the Year 2022: Karen and Tommy Wilson

Tommy and Karen Wilson are from Martin. They have been involved with Tennessee Baptist Disaster Relief on the local, state, and national level since Hurricane Katrina and have responded to multiple disaster areas affected by: flood, hurricanes, tornadoes, straight line winds and wild fires.

They were assisting in Waverly when the tornado struck Dresden but came home to assist and have been assisting with cleanup since that time.

They have provided many hours of volunteer service to the Weakley County Community in assisting with the recovery effort. Karen has coordinated the many volunteers who came through the recovery center. Tommy has led many teams to perform chain saw, debris removal and tarping and repair of damaged homes. They continue to work with the Weakley County Long Term Recovery Group to begin the repair and or rebuild of homes.

The Wilsons have four children and 11 grandchildren. Tommy continues to work as needed at Fed Ex Freight and Karen is retired from being a Physical Therapist. They enjoy their retirement spending time with Disaster Relief and their family. They are active members of First Baptist Church in Dresden. 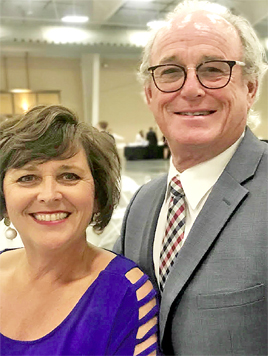 Bobby and Melinda Goode have lived in Dresden for nearly 40 years. They raised their two sons, Garner and Crockett in Dresden. Garner (Rachel) and Crockett (Amy) reside in Nashville. Garner and Rachel have two children, Harper and Mack.

Bobby has worked and served on many committees in Dresden. He was instrumental in securing the funding and development of the Dresden Outdoor Classroom. He has served on Dresden Parks and Rec Committee, Tennessee Iris Festival Cemetery Walk-Chairman and involved in TN Iris Festival Flower Show for many years. He is presently a member of the Tennessee Wildlife Federation Board.

Bobby retired from USDA after 38 years of service, where he served Northwest Tennessee for many years and the entire state as USDA, Rural Development, Tennessee State Director. He continues to consult with rural communities in many capacities as manager of the GoodeGroup, dealing with rural issues such as broadband and infrastructure.

Melinda has served the citizens of Northwest Tennessee in numerous areas, such as Rural Transportation, Senior Centers, served on the state Senior Games board, Senior employment, Meals on Wheels, and continues to serve as Executive Director for Northwest TN Development District and Human Resource Agency where she has been employed for 38 years. She has twice represented Tennessee at the White House Conference on Aging. Her passion is improving the quality of life for citizens across nine counties in Northwest Tennessee.

Bobby and Melinda are members of the Lebanon Church of Christ.

They both have been community minded in all aspect of their personal and career goals and instilled Community Service on their boys. 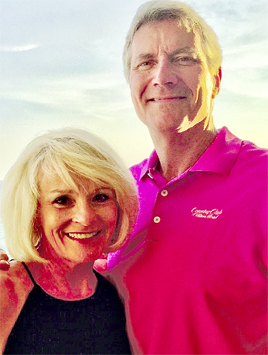 Paula and Tommy were married almost 37 years ago in Dresden, where Tommy was born and raised. Paula grew up in Milan, graduating from Milan High School and went on to study art at UTM. Art is her passion, and she has enjoyed sharing her talents with children and adults through the years. She was Co-Chairman of the first Iris Festival Art Show in 1997. Her creations can be found all around Dresden in homes, schools, churches and offices.

They have been faithful supporters of the Tennessee Iris Festival and have served on various committees and participated in numerous events.

Paula served on the Iris Festival Executive Board from 2017 – 2020. Tommy was the recipient of the “Iris Festival Citizen of the Year” award in 2008.

Together they have actively promoted youth sports through the Dresden Park program coaching basketball and baseball. Tommy served as a volunteer coach for Dresden High School baseball for 7 years. They both were official scorers for DHS basketball for many years. They are proud to have watched many of these youngsters grow up and become productive citizens.

Paula and Tommy are active members of the Dresden First United Methodist Church serving on various committees and boards through the years.

Tommy is a graduate of Dresden High School, UTM and UT College of Law. He served as president of the UTM Alumni Council, was a member of the University of Tennessee Board of Governors and received the UTM “Outstanding Young Alumni Award.” He is a past president of the Dresden Rotary Club and two-time recipient of the “Rotarian of the Year” award. He was a founding board member of the Carl Perkins Child Abuse Center.

He is a 40-year member of the Dresden Elk’s Lodge and served as Hoop Shoot Chairman for many years, receiving the “Elk of the Year” award in 2006.

Tommy has served as District Attorney General for almost 33 years and plans to retire when his term expires in August. He and Paula are looking forward to more travel and leisure activities, including spending more time with their three children, Jinny (Scott) Killebrew of Dresden, Molly (Ryan) Morrow of Knoxville, and Matt Thomas of Nashville, and especially their three grandchildren, Callen, Caroline and Lauren. 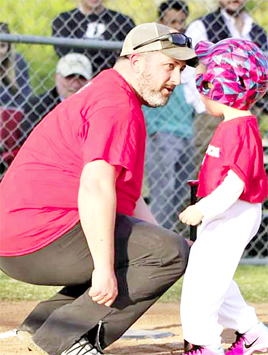 Volunteer of the Year 2022: Curtis Doran

Curtis Doran is a life-long resident of Dresden, Tennessee, since 1976. He graduated from Dresden High School in 1994. He has two sons, Zac and Colin.

Curtis attends Central Baptist Church in Martin and is active in the Ministry Outreach programs that include “The Journey” and “The Journey Continues” drive-through Christmas and Easter programs that take in canned goods for donations for We Care Ministries as well as the Sportsman’s Banquet.

Curtis was active in school sports and began coaching and refereeing for Dresden Pee-Wee Basketball in 1992 at age 16. He coached for 6 years and then continued to referee until his youngest son Colin started playing in 2010 and continued until 2014. He transitioned back to full-time refereeing and training high school players who want to give back to their community to begin refereeing.

He also began working and umpiring baseball for Dresden Parks and Recreation in 1992. Curtis joined the Dresden Cal Ripken Board in 2009 and continued to coach youth league teams until his youngest son Colin finished playing Babe Ruth baseball in 2015. He took over as President of the Dresden Babe Ruth League in 2013 and remained in that position until 2017 was asked to join the Dresden Youth Softball Board.

Curtis continues to be the President of DYSB while continuing to umpire and coach. In the spring of 2021, Curtis coached a 4U tee ball team.

He began coaching soccer in the Dresden Youth Soccer League in 2008 and served on the Board of Directors the next year as Registrar. He held that position until 2011 when was elected President. He continues to coach and referee now.

Curtis has been a member of the Tennessee Iris Festival Executive Board since 2018.

“I want to thank the Executive Board for this honor. This town and many of the people in it have done so much more for me and my family than I’ll ever be able to do for it.”