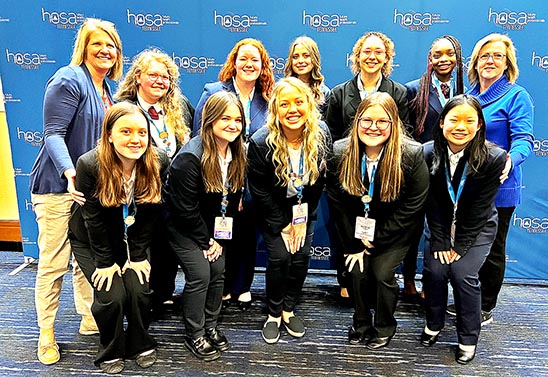 Westview Senior Gloria Hogan, who served as the TN HOSA State Reporter/Historian for the past year, received the Outstanding State Leader Award which was presented by the HOSA State Advisor Christina Islong. Hogan was surrounded by HOSA friends when, during the convention, she also received an acceptance letter from Vanderbilt University.

The Westview Chapter was recognized for HOSA Happenings submitted by Natalie Williams and The National Service Project submitted by Channing Covington, and headed by McGuffin, for collecting bone donor swabs at the UTM basketball game.

Glover was recognized with an award for being the advisor of a state officer.