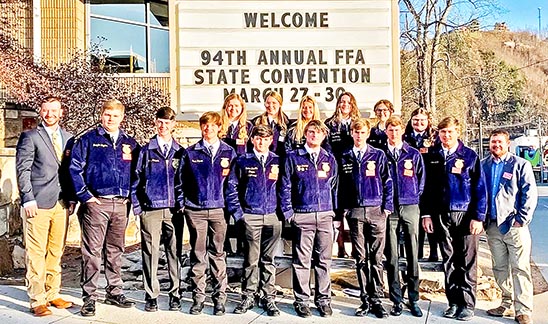 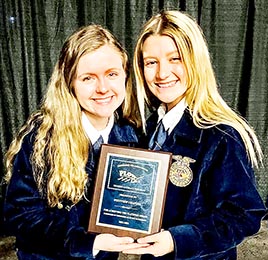 PLATINUM PLOW AWARD – During the First Session of the 94th Annual Tennessee FFA State Convention, Westview received the Platinum PLOW Award which is given to chapters that excel in Passing Literacy OnWard throughout the past year. Their Facebook post noted, “Our students worked hard to educate the public through various means about FFA, agriculture, and simply where our food comes from. We would like to thank Martin Primary School and Sharon Schools for helping us achieve this award by allowing us to visit your kiddos throughout the year. We would also like to thank Weakley County Playhouse for contributing to our achievement by letting us help with your current play production. We couldn’t be more proud of our students and the community we live in!” (L to R) Abigail Colarullo and Rebecca Powers are shown with the PLOW recognitions.

WESTVIEW FFA STATE DEGREES – Five members of Westview FFA who earned their State Degree this year received their awards during the annual state FFA convention. This degree is the highest award one can receive at the state level. Recipients are (L to R) Camron Gingras, Rebecca Powers, Gabby Mcknight, Abigail Colarullo, and Weston Rowlett. Not pictured was Sophia Shaw and Kinzey Nanney. 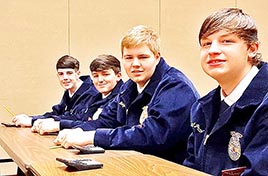