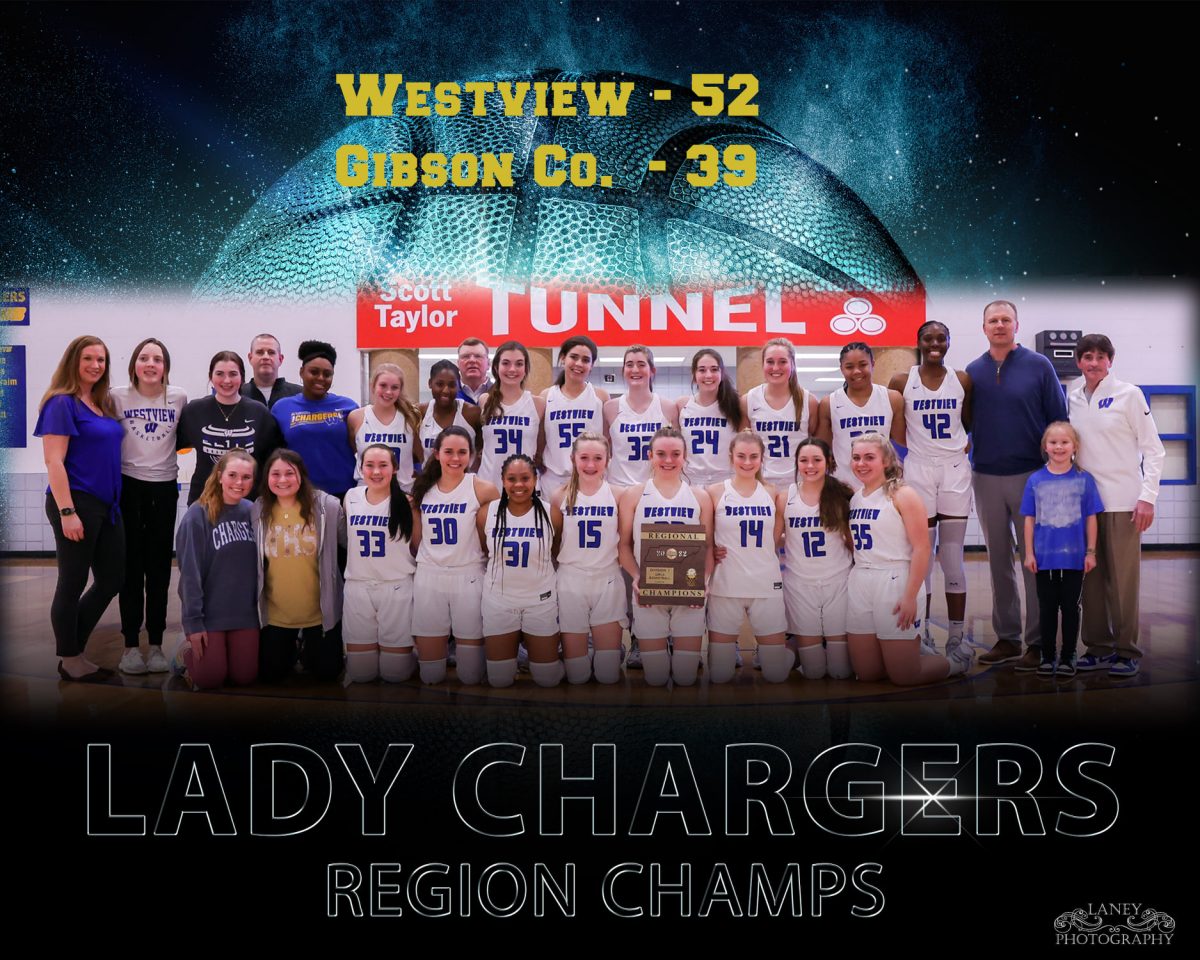 MARTIN (March 2) – Lady Chargers heat up to topple Gibson County for 6AA crown. The No. 2-ranked Martin-Westview began its Region 6AA championship bout with rival Gibson County with a lot of trepidation.

For starters, would 2A Miss Basketball finalist Jada Harrison suit up after suffering an ankle injury in the semifinals?

Could the Lady Chargers defeat GC for a fourth consecutive time and avoid a potentially-dangerous substate road trip to top-ranked Loretto?

After going 1-9 from the three-point line to start the game, could Westview find its range from the perimeter?

Yes, yes, and yes. As a result, the Lady Chargers claimed THE 6AA title by subduing visiting Gibson 52-39.

Loretto was upset in its regional final and had to make the long road trip to Martin for substate Saturday night.

Westview fell behind 7-3 in a defensive first quarter, but started a slow-burn pursuit. McCall Sims knocked down a triple and seemed to loosen the Lady Chargers up. They trailed 16-14 at intermission.

In the third frame, Sims, Kylie Alexander and Harrison, who was held scoreless in the first half, opened up from the rainbow. After starting 1-9, Westview finished 12-30 from the outside.  It only scored eight two-point buckets.

Junior Micah Hart led Gibson County with 19 points. No other Lady Pioneer was in doubles.

Alexander led Westview with 15, Sims with 14 and Harrison with 12.