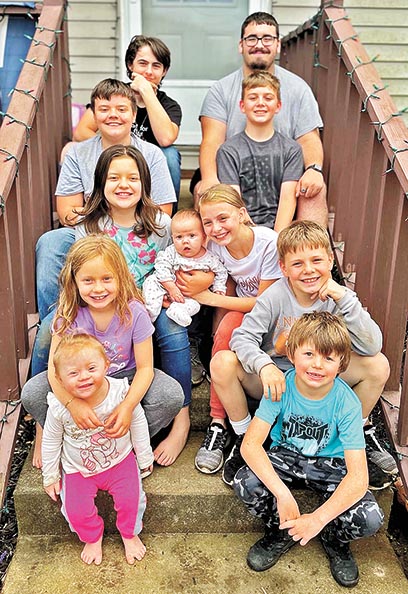 Three-year-old Emory, daughter of Magen Jann and Bryan Willis, who was born with Down Syndrome and other birth defects, has undergone multiple surgeries and treatments. The child has had a hard life, so far, but she is surrounded by family members, including 10 siblings, that swaddle her with love. 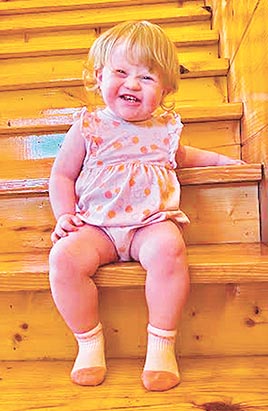 The reason Magen is so passionate about the subject is because her three-year-old daughter, Emory, has Down Syndrome. She states that there’s little to no awareness or resources in our area regarding individuals with Down Syndrome.

The genetic disorder is caused by the presence of all or part of a third copy of chromosome 21. It is usually associated with physical growth delays, mild to moderate intellectual disability, and characteristic facial features.

In her own words, Magen recounts Emory’s birth and the realization that her daughter has Down Syndrome, as well as other birth defects requiring corrective surgery, as follows:

“Emory was born on February 28th 2019. The next morning the doctor came in and sat down with me after doing the newborn assessment. Martin pediatrician, Dr. Susan C. Brewer told me that Emory had markers for Down Syndrome. I was devastated, I cried, I pleaded but ultimately I prayed. I didn’t know anything about Down Syndrome, so I stayed up most nights googling what Down Syndrome was. A chromosome test was done while at the hospital and we received the results three weeks after she was born. Emory had Trisomy 21 aka Down Syndrome. Everything set in, and I accepted that my daughter was gifted an extra chromosome, and we would break any barrier that got in our way because I would be right by her side through it all.

“At six weeks old, Emory’s health declined and she wasn’t gaining weight, couldn’t keep her bottles down, and her breathing was not normal. I took her three times to the hospital, and the last time, I demanded for us to be sent to a children’s hospital. By the time we got to LeBonhuer Children’s Hospital, doctors surrounded us and immediately intubated Emory. She was in respiratory distress. We spent three months in the ICU and found out Emory had Laryngomalacia (floppy airways), subglottic stenosis (narrowing of the airways), a PFO (hole in her heart), and pericardial effusion (swelling around her heart). She ended up having her first two surgeries in this length of time.

“After this long hospital stay, we began to see a specialist in Memphis to assure Emory had the best care. At five months old, Emory caught the Rhino virus, which sent her back to the ICU, where we found out she had stage 2 Laryngeal Cleft. Emory then started seeing a speech pathologist. The child also underwent swallow studies. Because Emory was silently aspirating, she was put on Honey Thickener and was no longer able to drink thin liquids.

“Emory had six surgeries the first year of her life, due to her airways and laryngeal cleft. The other two surgeries were in 2021, when at two years of age, doctors had to operate to open up her airways once again.

“Emory currently attends Cutting Edge Therapy in Martin, where she gets speech, physical and occupational therapy. She will begin school in Sharon, TN in March 2022.

“Most of our days are spent at doctors or therapists, but others are just spending time together as a family and being thankful that Emory’s health is a lot better than what it was.

“Emory has 10 siblings that like to learn sign language so they can better communicate with her. They’re there to lend a helping hand and always have her back. We want people to know that everyone is different in some way. Children and adults with Down syndrome can do anything that we can do. We’ve watch Emory overcome obstacles doctors said she would never overcome. Anything is possible! My dream is to one day in the near future open a business in Dresden that hires individuals with disabilities and gives them the freedom to be independent.”

For more information about how to get those born with Down Syndrome the help they need, contact the organization below:

Down Syndrome Association of West Tennessee