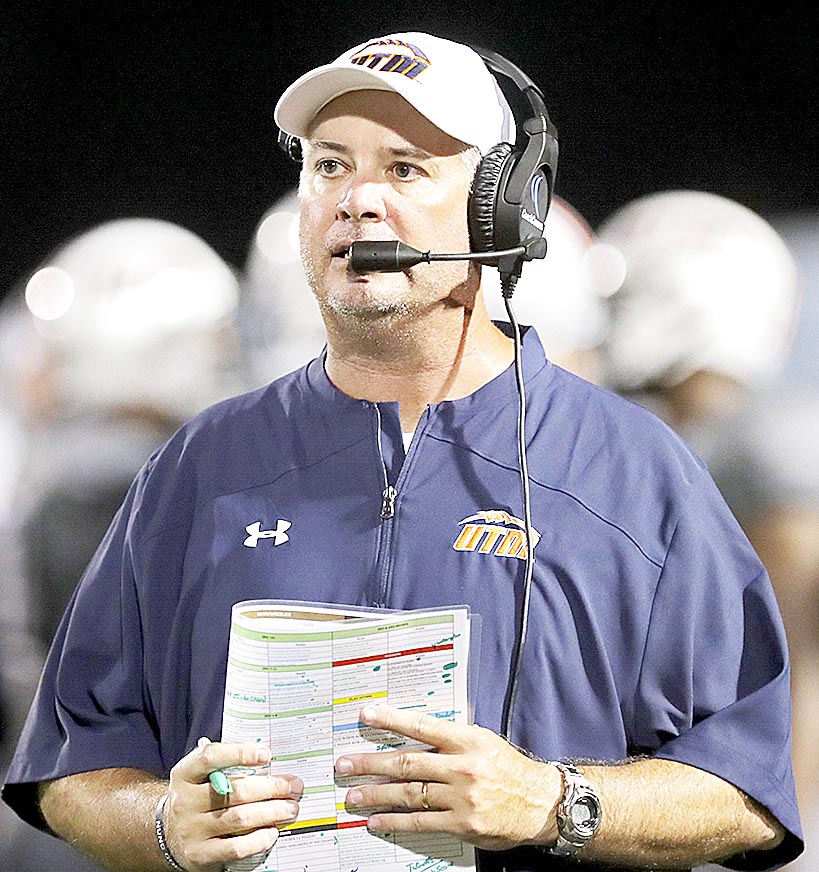 BRENTWOOD (November 23) – Coming off a historic campaign in which the University of Tennessee at Martin football program won its second Ohio Valley Conference title and earned its second NCAA Division I playoff berth in school history, the Skyhawks were well represented with postseason honors as the team garnered a record-setting 21 accolades as the 2021 All-Ohio Valley Conference teams were announced on Tuesday along with the major award winners.

Headlining the list of awards as voted on by the league’s head coaches and sports information directors was Keon Howard who became the second player in program history to be named OVC Offensive Player of the Year. Additionally, UT Martin head coach Jason Simpson earned his second OVC Coach of the Year honor – joining his selection in 2006.

Simpson ranks as the longest tenured head coach in the OVC, winning 99 career games in his 16 years at UT Martin, tied for fourth-most in OVC history. He was named OVC Coach of the Year in 2006 (his inaugural year with the Skyhawks when the team also won the OVC Title) and this season guided the Skyhawks to a 9-2 overall and 5-1 OVC record and the program’s second OVC crown. During the course of the season the Skyhawks won a school record nine-straight games and ranked as high as No. 8 in the FCS Coaches Poll – matching the highest ranking in program history. UT Martin won the Sgt. York Championship (contested between the four OVC schools in the state of Tennessee), went undefeated at home and picked up four non-conference victories. Simpson has also been named one of 17 finalists for the Eddie Robinson National Coach of the Year award for the fourth time in his career.

Named for the legendary coach of Grambling State and first presented in 1987, the Robinson Award is celebrating its 35th anniversary season. A 50-member, national media panel will select the winner, who will be announced on December 14.

Rounding out the team’s postseason honors were two selections to the All-Newcomer team which saw outside linebacker Eyabi Anoma join Morgan (offensive tackle) on the 11-man list.