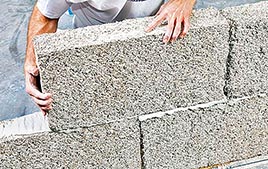 An Australian-based building products manufacturer using hemp is looking to build a new plant in Dresden that promises to bring new jobs to the area.

DRESDEN (November 2) — The Industrial Development Board of the City of Dresden met in special session on November 2, to discuss a counter proposal to a Letter of Intent submitted by Patricia Shevel, regarding purchasing the Pad Ready Site located on Swanson Drive in Dresden.

According to the letter of Intent, Shevel states she is interested in purchasing 35.4 acres of the Pad Ready Site for $145,000 in order to locate a manufacturing industry, and build a 150,000 square foot facility, which would employ 50-65 employees.

The Industrial Development Board reviewed and revised Shevel’s Letter of Intent, in accordance with changes proposed by Attorney Beau Pemberton. These changes were incorporated into a counter proposal.

Colin Johnson made a motion to approve the changes made to the counter proposal and to include a timeframe of 24 months for a facility to be constructed on the site and a manufacturing company to be located in the facility and be operational or the land reverts back to the Dresden Industrial Board.

Attorney Pemberton said he would relay the amended counter proposal to the client’s attorney. He stated the next step would be to sign a purchase agreement once the letter of intent has been signed by both parties.

According to Shevel, all employees, including management, will be hired locally. Additionally, truckers will be needed to haul raw materials to the plant. Another major plus is a railroad spur that already comes to the site, which would give the company the option of shipping by rail.

Shevel explains the company is looking for a location to build a plant in West Tennessee, because it is strategically located in an area where there is a great deal of hemp farming. She said, due to a slowdown in the marketplace, there is currently an excess of “hurd” (also called shives), which is made from the inner core fibers of the hemp stalk, and is widely used in construction.

According to Shevel, the hemp is mixed with lime and binders, then formed into products used in the building trade, such as hemp building blocks, similar to concrete blocks, as well as outdoor siding, ceiling tile and many other products.

As far as the impact the plant would make on the environment is concerned, Shevel explained practically all of the material is used, with almost no waste, and is carbon negative, making it eco-friendly. Additionally, the fast-growing hemp plant is a sustainable product. While it takes years to grow trees for lumber products, hemp plants can be grown in a matter of months.