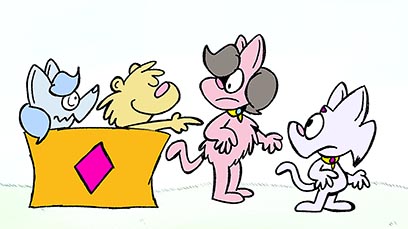 Local artist Charles Brubaker has taken his comic book series to the digital level. ‘Katrina the Fuzzy Princess’ is an 18-minute web-animated short based on the comic creation by Brubaker. The cartoon can be viewed at www.smallbugstudio.com.

The cartoon can be watched at www.smallbugstudio.com

Directed by the comic’s creator Charles Brubaker, resident of Weakley County, the short focuses on Katrina, a feline princess of St. Paws, who goes on a diplomatic mission to gain alliance with the humans, only to get into misadventures along the way.

The cartoon, which took six months to animate, was animated traditionally with Clip Studio Paint.