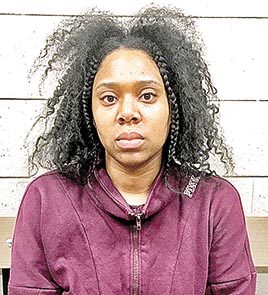 MARTIN (April 13) – A Union City woman is facing a charge of second-degree murder in the shooting death of a Martin woman last week.

According to a press release issued by the Martin Police Department, officers responded to a shooting shortly after 4 p.m. Tuesday, April 13 at 200 N. Lindell St. in Martin. The release further cites upon arrival, it was discovered a physical altercation between three females had escalated to shots being fired in the parking lot.

Alisha “Keisha” Gadlen, 41, of Martin was shot Ashley Brown, 29, of Union City. Gadlen was transported from the scene for life-threatening injuries. The following day, the MPD reported Gadlen died as a result of her injuries.

According to an affidavit, Brown admitted to shooting the victim. Officers recovered the weapon at the scene. Brown is charged with second-degree murder.