Baseball is about to learn a stark lesson because it won’t learn from the mistakes of the NBA and NFL.

Last week, Major League Baseball commissioner Rob Manfred unilaterally moved the 2021 All Star Game out of Atlanta and put it in Denver because of Georgia’s new Voter ID law. Some claim the new law will make it harder for minorities to vote, which, to me, is a racist premise in and of itself. Minorities don’t have IDs? Really?

That’s a story for another time.

Delta Airlines and Coca Cola also have denounced the new law, and both of those corporations are based in Atlanta. Never mind the state gives them both huge tax breaks for doing business there, Delta and Coke want to bite the hand that feeds them.

If you actually read the law, voting becomes easier, so long as you have an ID. Yes, you may receive bottled water in line at a polling place, so long as it’s not from a candidate. It’s not that complex a measure. You get to vote once; you must be alive to vote and you must show prove of your identity. That’s it; that’s all.

You need an ID to buy cigarettes, booze, to enroll in college, pay your cable bill, fly and, ironically, pick up your season tickets from Major League Baseball.

The “woke” crowd is just upset that illegal aliens won’t have an opportunity to vote. That’s what all this really boils down to.

So now, oddly enough, because of a perceived racist law, which it is not, MLB moves the All Star Game out of Atlanta, which is predominantly black (52 percent) to Denver, which is predominantly white (nine percent). MLB should be forced to explain this to all the hotels, merchants near the ballpark, restaurant owners and others expected to earn a windfall from the presence of this game why there will be famine in July.

People are getting tired of politics in sports. A story in Newsweek two weeks ago indicated that politics has promulgated a significant drop in TV ratings for NBA games. The NFL experienced a drop in attendance and TV ratings. Last week, during the Masters, when asked by biased media, players were dancing like Michael Flatley (the Riverdance guy) to avoid commenting on the issue. They get it.

People are getting tired of politics in their sports. This will have a trickle-down effect. Parents who are shutting off sports over politics are making it routine for kids to not watch sports, which they will, likely, carry into their adult lives. Their kids won’t watch sports and you’ll have another generation of folks uninterested in pro sports. That’s when you start to see the pain. As Newton’s Law suggests, objects at rest tend to say at rest. When the kids are able to spend disposable income and do other things with leisure time, pro sports won’t be among them.

It’s a slow process that will, in the long run, affect the pocketbook.

When pro sports power brokers finally realize that people come to sports to escape politics, it might be too late.

Editor’s note: Jim Steele is a correspondent for Magic Valley Publishing and the host of The Pressbox, which airs 4-6 p.m., Monday-Thursday on 95.9, WRJB FM, Camden. 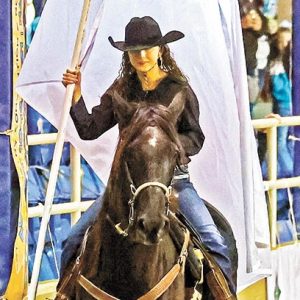 Harder to Watch Sports These Days