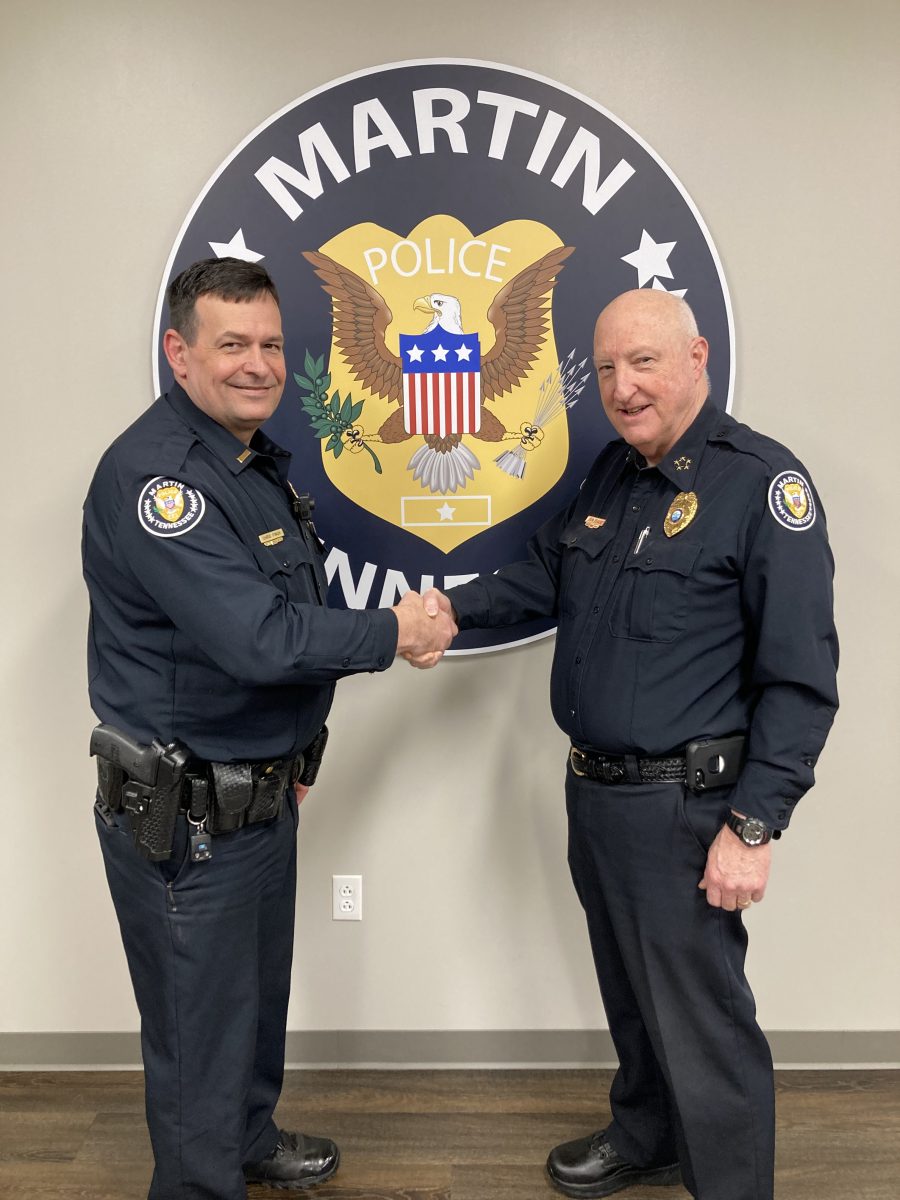 Sergeant Chris Finch was promoted to the rank of Patrol Lieutenant. Lt. Finch has been with the Martin Police Department for 16 years and served as a Patrol Sergeant for the previous three years.

Patrol Officer Trae Vaughn was promoted to the rank of Patrol Sergeant. Sgt. Vaughn has been with Martin Police Department for eight years.

“Both officers will assume their new duties immediately,” Chief Teal said. “Congratulations to both.” 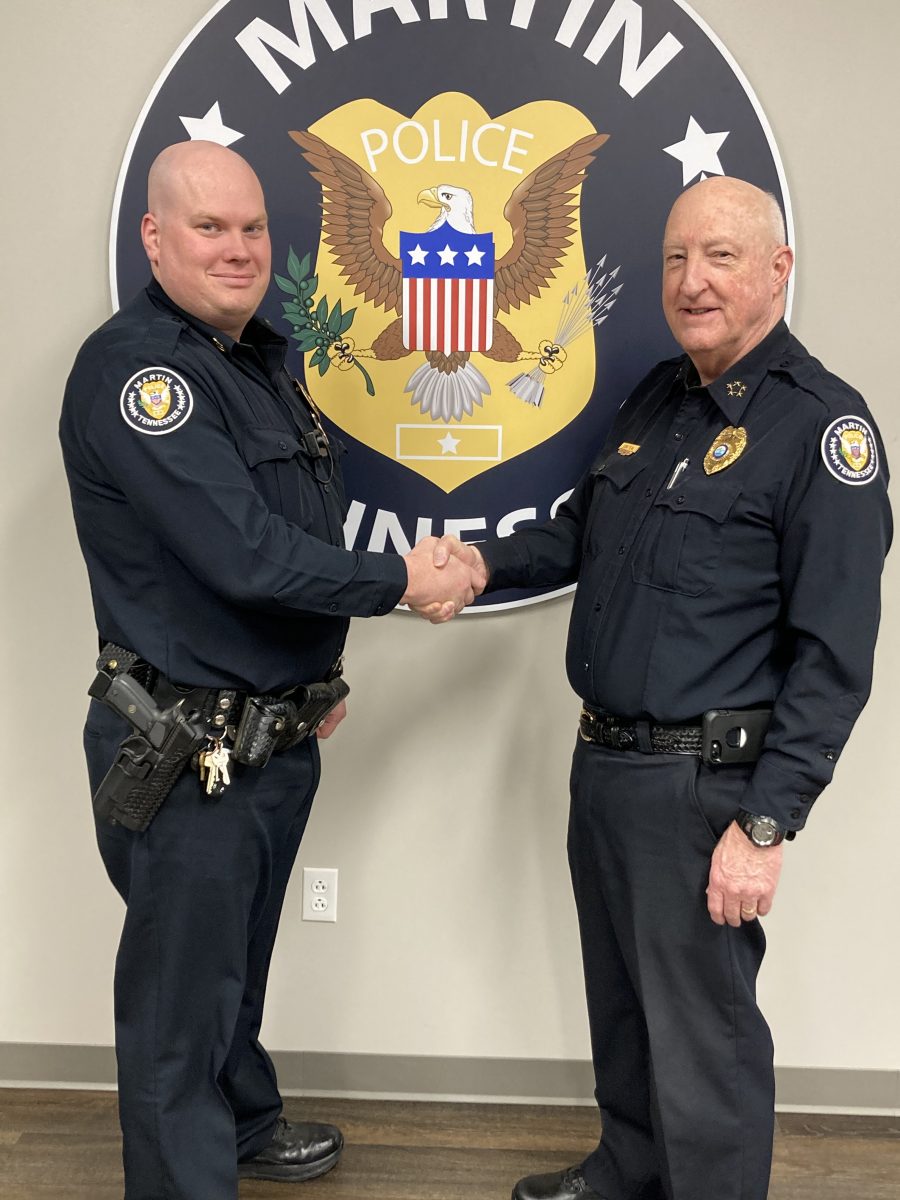