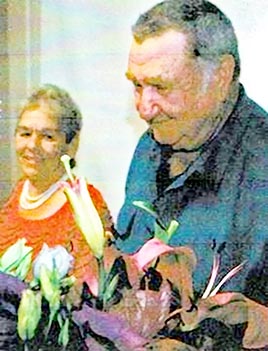 Gib and Ida built a small yellow brick house around 1948; Ida died in 1957 and Gib died in 1972 at the age of 84. They have two surviving daughters, Reggie Roney of Smithville, Kentucky; and Sue Harper and husband, Carl of Brentwood and daughter-in-law, Joyce Billingsby.

In 1969, Gib sold the family farm to John and Joyce Culbertson who happily left the Detroit area for the peace and calm of farm life. John worked downtown with Plant Protection for Fisher Body. When the race riots broke out in 1967, the guards patrolled the roof tops of the buildings, helping to prevent fires, with the city burning and bullets whizzing about their heads. While tanks rolled up and down the streets attempting to restore order, more than 2,000 buildings had been destroyed and 43 people killed.

John and Joyce brought their four small children (Natalie, Sherry, Michael, Scott) to the family farm and as they all became involved in farm life, discovered working on the farm wasn’t always peaceful and calm. They grew cattle, hogs, corn, soybeans, wheat, and had a couple of stints of raising tobacco – the 13-month-a-year job.)  When Jimmy Carter embargoed Russia in 1980, causing farm prices to plummet, raising interest rates to 18 percent, farm families everywhere were left scrambling for survival.

President Kennedy was assassinated in Dallas in 1963, and man landed on the moon in 1969. The country became involved in wars in Korea and Vietnam, trying to stop the spread of communism. Technology exploded and computers became necessities and a way of life. Super-highways crisscrossed the nation, began by President Eisenhower during the days of the Cold War with Russia; if the cities were attacked, citizens needed a means of escape. Minor wars broke out, and terrorists bombed the World Trade Building in 2011. Hurricanes, earthquakes, floods, tornados, volcanoes and forest fires continued to bring damage and destruction.

Editor’s note: This is Part 5 in an historical series provided by Joyce Billingsby of the Latham community. The series spotlights historical events and family members connected to Billingsby Farms, which was recently named a Century Farm. The series continues every other week, coinciding with The Enterprise’s “Looking Back – From the Archives” reports.

Correction: In the Wednesday, March 10, 2021, edition of The Enterprise, Part 4 featured a photo incorrectly identified as Gib and Ida LaFayette. It should have read Gib LaFayette and Ida Crosser. The staff regrets the error.