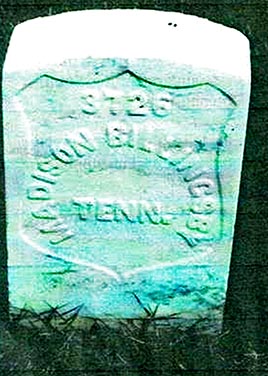 Fellow Tennessean James K. Polk of Columbia (protégé of Andrew Jackson and often called “Young Hickory”) was President when Mary Warren and her family settled in Weakley County. The country was enthralled with their “Manifest Destiny,” believing they were entitled to settle all the lands to the Pacific Ocean. Mexican settlements had sprung up along the California coast, and Texas was still embroiled in a controversy over boundary disputes with Mexico. The U.S. claimed the Rio Grande as the border, while Mexico insisted on the Nuecses River further east. (Not all the states favored the expansion of adding new states; New England would lose control of much of their power, and there was a bitter dispute between free states and slave states.)

Texas was finally being admitted as a state and Polk sent troops to the area in the event of trouble in the disputed land between the two rivers. Trouble occurred and Polk charged that “American blood had been spilled upon American soil” and declared war on Mexico, enlarging the American territory by a million square miles, as he added New Mexico, the entire southwest, captured California, and avoided war with England over the Oregon territory boundary dispute by settling with the 49th parallel, rather than the 54th as he had desired.

As promised, Polk only served one term but has been classified as the strongest President between Washington and Lincoln. Many were opposed to the War with Mexico, including the young congressman from Illinois, Abraham Lincoln, who demanded that Polk identify the exact spot where the first shots were fired.

Survival, and not politics, was the requisite for the early settlers who mostly migrated from North Carolina, via the Chesapeake Bay, Holland, and England.

Mary Warren’s family lived in a one-room log cabin with a dirt floor on The Old Hill. They packed water from Billingsley’s Slough, and heard panthers screaming at night. But politics would again invade her family, when Lincoln, President-elect from the newly-organized Republican party, masterminded his selection as candidate and became the 16th President in the 1860 election. The slavery issue, which had been swept under the rug by the Founding Fathers who needed the support of the southern states in the Revolutionary War, (hoping slavery would die out and go away on its own) found it had become a prominent issue again with the admission of new states. These added additions would shift the balance of power in the government. When Lincoln was elected President, knowing his views on stopping the expansion of slavery in the new territories, and fearing he would not protect their interest, southern states began seceding.

Weakley County was divided in their beliefs; one-third of the citizens wished to remain united with the government (many of their ancestors had fought in the Revolutionary War to help create this new county, where ‘men would be capable of ruling themselves,’) while the other two-thirds saw their state as being invaded by hostile armies, and fought to protect their homes. (Lincoln claimed the South had “illegally seceded,” and if necessary, he would use illegal means to keep the nation united.)

Weakley County was terrorized by bushwhackers and guerillas, who declared allegiance for neither side, but rode around, pillaging and destroying property. One of the Billingsby sons was abducted by this lawless gang and never heard from again.

Since no mention was ever made of a Union soldier, it is believed that six foot, blue-eyed, sandy-haired, Madison was the abductee; perhaps in trying to escape from his abductors, he joined up with the Union Army.

Madison Billingsby (the spelling of the name changed during Census taking) joined the 6th Calvary of the US Army in Dresden, 1863, whether it was voluntary or coerced. His unit may have joined with the 7th, which was barricaded in Union City. When told the feared-Forrest was marching up to “take care of them,” they quickly surrendered and were sent by train to a prison camp in Georgia called Andersonville.

The US government had stopped exchanging prisoners, believing the southern men would immediately rejoin their divisions, and the Union would have to fight them again on a battlefield, until the entire South was “exterminated.”

Thousands of soldiers were packed into Andersonville without food, medication or shelter. Southern officials pleaded with the US government to come take charge of their soldiers, but were refused help. Meanwhile, Sherman, who wanted to “make Georgia howl,” was busily destroying foods, supplies, plantations, businesses and railroad tracks, a short distance away. Madison died June 19, 1864 and is buried in the Andersonville Cemetery, grave # 3726. (It is to be noted that more Southern soldiers died in Union prison camps than Northern soldiers in the Southern prison camps. Conditions were deplorable for both sides.)

Editor’s note: This is the second part in an historical series provided by Joyce Billingsby of the Latham community. The series spotlights historical events and family members connected to Billingsby Farms, which was recently named a Century Farm. The series continues every other week, coinciding with The Enterprise’s “Looking Back – From the Archives” reports.