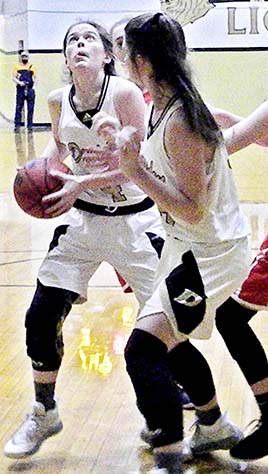 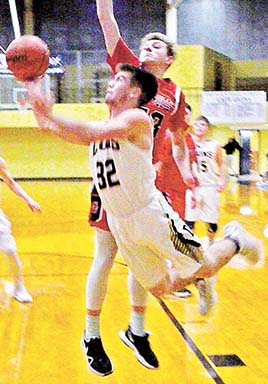 DRESDEN (January 22) – Dresden hosted South Fulton Friday night in the Lion’s Den, where both teams fell to the Red Devils on the basketball court. The Lady Lions faced a difficult match up in their game, falling by two points.

The Lady Lions took an 18-13 lead after the opening quarter, led by Paisley Pittman with nine points. Lucy Curry shot a pair of two pointers and Isabell Cantrell hit a three-pointer.

Dresden lost its lead in the second quarter as South Fulton began to catch up with points. The team made three three-pointers that helped give them the lead over the Lady Lions. Dresden only scored nine points, with Lucy Curry shooting for four. At the half, Dresden was down by three points with South Fulton leading 30-27.

After the half, both teams only scored nine points each in the third quarter, but it kept South Fulton in the lead. The Lady Lions’ defense fought hard to prevent many points from being put on the board, but four free throws kept the Red Devils ahead.

In the fourth, Isabell Cantrell shot her second three-pointer of the night with Paisley Pittman also scoring three points in total. It was not enough, as the clock ran down before Dresden could take the lead back from South Fulton. At the final, South Fulton won by two points over Dresden, 49-47.

The boys’ game began much how the girls’ game left off, from behind. The first quarter had South Fulton break past Dresden’s defense for 15 points while the Lions only put up eight points.

The Lions began to catch up in the second quarter with Chandler Turnbow and Porter Finney both shooting three-pointers. The Lions put up 14 points in total and was down by only six points at the halftime.

Returning for the break, the Lions fought to put up 18 more points. Led by Raymond Johnson and Steven Hobock, both with eight points, the Lions were able to have a one-point lead going into the final quarter of the game.

South Fulton’s defense stepped up to keep Dresden at bay by scoring only eight points. The Lions also could not stop a final push in the fourth quarter that saw South Fulton score 18 points. What hurt the Lions the most was the multiple free-throws that South Fulton was able to score, 11 points throughout the game.

The Lions could not catch up in the end and South Fulton took home the win with a final of 57-48.