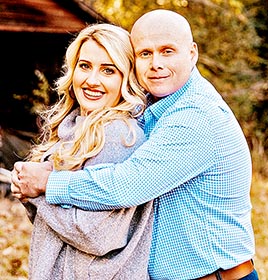 The engagement and forthcoming wedding of Anna Marie Usery and Jeffrey Wayne Gaylord are being announced by the bride’s parents, Gregory Ray and Lee Ann Usery of Greenfield.

The prospective groom is the son of Herbert and Gloria Bleigh of Crestview, Florida, and the late Jerrill “Jerry” E. and Rosemary Gaylord of Sharon.

She is a 2008 graduate of Greenfield High School and a 2012 graduate of the University of Tennessee at Martin, where she obtained a Bachelor of Science degree in Cell and Molecular Biology. Anna Marie graduated in 2015 with a Doctorate of Physical Therapy from Bellarmine University. She is currently employed as a physical therapist with Amedisys Home Health in Union City.

The groom-to-be is the grandson of the late Roskoe and Gladys Jackson of Vevay, Indiana; the late Elbert “Red” and Gustell Gaylord of Sharon and the late Ballard and Mary Bleigh of Crestview, Florida.

Jeff is a graduate of Henry County High School and has more than 29 years of service in the United States Army. He is currently stationed at Fort Knox, Kentucky as the United Sates Army Recruiting Command Inspector General Sergeant Major.

The couple will exchange vows Saturday, January 30, 2021, at First Presbyterian Church in Greenfield. Music will begin at 2:30 p.m. with the ceremony starting at 3 p.m. A reception will follow immediately after the ceremony at The Lindell in Martin.

Upon return from their honeymoon, the couple will make their home in McKenzie.