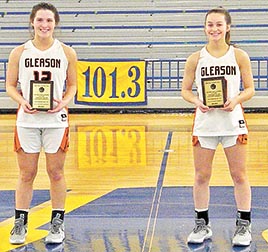 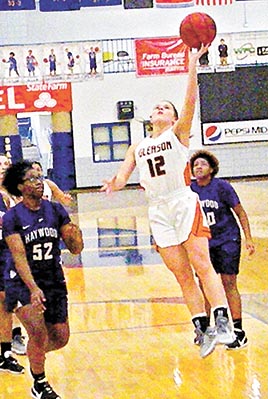 The tournament began against Halls with the Lady Bulldogs picking up a big win by a score of 61-21. Gleason then faced off against Trenton Peabody where the Bulldogs were unable to take the lead and lost by a final score of 47-35.

Losing to Trenton left the Bulldogs up against Haywood for a chance at the third-place title. It was a tight game for both teams. Haywood came out in the first quarter with 16 points, while Gleason faced a strong defense and only scored eight points. Gleason improved in the second quarter scoring 12 points, but was still down at the halftime with a score of 24-20.

The final score was 45-43. Alayna Anderson of Gleason scored the most points in the game with 21, while Mecasia Taylor for Haywood scored 18 points.

With this win, Gleason finished in third place overall for the Lion’s Club Christmas Tournament.