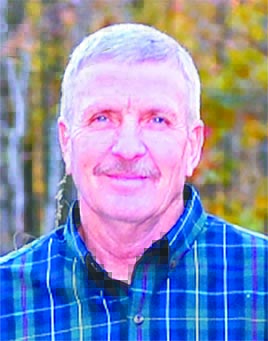 GREENFIELD (December 15) — After working for the City of Greenfield the past 42 years, Public Works Director Tony Stout says he’s retiring at the end of December 2020.

The mayor and aldermen expressed their appreciation to Stout for his many years of faithful service.

Tony was born in Greenfield and has lived in Greenfield his entire life. He is the son of Clyde and Flura Stout, and was one of five children, which included one brother and three sisters.

He played on Greenfield High School’s baseball team all four years, and graduated in 1976.

Prior to working for the City of Greenfield, Tony worked at Martin businesses Butler Builders and Miller-Hubble Light Company.

Tony was hired as Greenfield’s first water meter reader in March of 1978, when the meters had just been installed on homes. He received Water and Wastewater operator licenses from the State of Tennessee in 1989 and 1990. Tony became the Public Works Director in 2001, when Maurice Cash retired from the post.

The soft-spoken, hard-working city employee has earned the respect of city officials and peers alike. When there’s a problem with Greenfield’s water, sewer or street departments, Stout is the “go to guy” to troubleshoot most any situation that comes along.

He states the Public Works Department’s five-person work crew maintains approximately 35 miles of water line. When a water main bursts, regardless how hot or cold the temperature is, or how miserable the weather conditions may be (rain, sleet or snow), Public Works employees, led by Stout make the necessary repairs as soon as possible to restore service.

If sewer lines begin to leak or become blocked and must be dug up and replaced, Stout and his crew take on the unpleasant task and make the necessary repairs.

When streets collapse or culverts wash out, due to flooding, or harsh winters damage street surfaces and create huge potholes, Stout is “Johnny on the spot.” Although the city’s budget may not have sufficient funds to do major street repaving all at once, potholes and culverts can usually be repaired in short order.

During emergency situations, such as the tornado of 2011, which did a lot of local damage, Greenfield Public Works employees were out with their chainsaws clearing tree limbs and other debris from city streets.

Stout and other Public Works employees must also keep their machinery in working order. This includes: backhoes, dump trucks, pickups, and tractors with side-mounted and rear-mounted bush hogs. Additionally, they utilize a sewer-jetting machine to clean out the sewer lines, and a sewer camera to locate blockages, leaks or water infiltration. “We maintain about five lift stations in Greenfield,” Tony said.

Tony notes one of the biggest projects the Public Works Department dealt with was the installation of the city’s wastewater sewage lagoon. “Greenfield recently received a $350,000 Wastewater Grant to do work at our lagoon, which will help a lot,” Tony said. “Last fall, we spent approximately $150,000 for blacktopping city streets.”

According to Stout, one of the greatest booms to Greenfield’s economy was “The Highway 45 four-lane, which came through Greenfield instead of around it.”

Tony says he has a good working relationship with the mayor and board, as well as full-time city hall employees and department heads.

“In small towns, everybody has got to work together and get along,” Stout said, “If you don’t, you’re in trouble.”

When asked what he likes best about his job, Tony said, “It’s a different challenge every day. There’s nothing about it that’s routine. We never know what’s going to happen in the next five minutes. We could have a huge waterline to break or a street to collapse.”

Tony said Public Works employee Robert Rodriguez will serve as the new director of the Public Works Department. He states Jerry Weddington has acquired the state licenses required to test the water and manage the wastewater systems. With years of on the job experience, Greenfield’s Pubic Works employees should be well equipped to handle most any situation that comes along.

When asked what he intends to do when he retires, Tony, who is now 62 years old, says he plans to spend more time with his family.

As for hobbies, Tony, who is an avid outdoorsmen, said he enjoys hunting and fishing, especially with his grandsons. 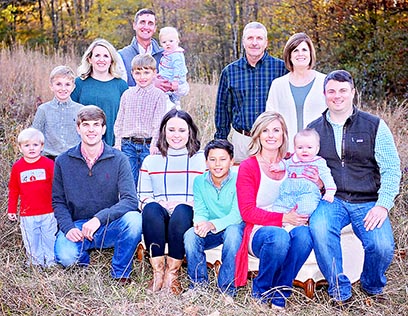