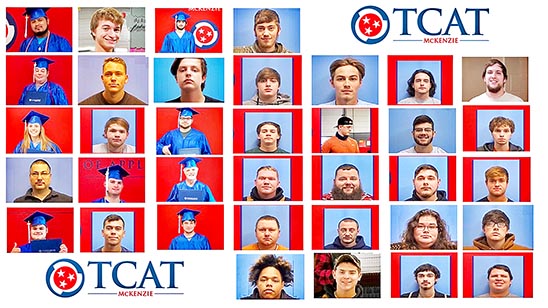 McKENZIE (December 18) – The Fall 2020 trimester at the Tennessee College of Applied Technology at McKenzie ended differently this year. A virtual graduation ceremony was held to celebrate our graduates.  The virtual graduation was posted on YouTube and the link was shared to each graduate and on TCAT McKenzie’s Facebook page. Dr. Brad White, President led the ceremony with some congratulatory comments. Each instructor then congratulated their graduates prior to each programs’ students being recognized. Each student that graduated in the Fall term were recognized in the virtual graduation.