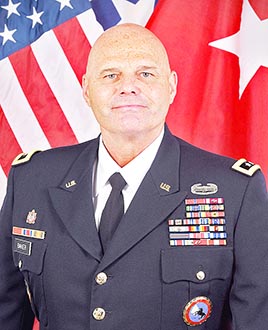 “Gen. Baker is a committed public servant and I thank him for his willingness to lead the Department of Veterans Services during this critical time for our state,” said Gov. Lee.

Gen. Baker previously served as the Deputy Adjutant General of the Tennessee National Guard (TNG) with the responsibility to assist the adjutant general in the oversight and administration of over 13,000 Soldiers and Airmen in the TNG. He enlisted in the Tennessee Army National Guard in Huntingdon in 1980 and was commissioned as an armor officer in 1985. He is a 1995 graduate of the University of Tennessee-Martin with a Bachelor’s Degree in Public Administration. He received his Masters Degree in Business Administration and Military Management from Touro University in 2003, and is a 2011 graduate of the United States Army War College with a Masters in Strategic Studies.