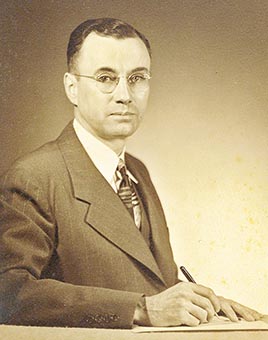 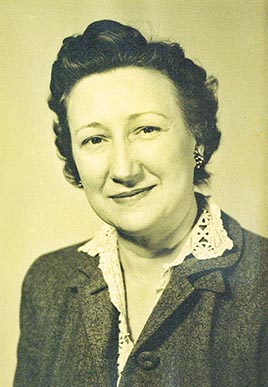 Last week’s article, “Former U.S. Navy Spy Finds Message Hidden Inside Historic Dresden Home: Part I,” describes the career of 32-year military veteran, Tony Winstead. It also mentions hidden messages Winstead found inside bottles concealed in the walls and underneath the floor of a historic Dresden home, while he was dismantling it.

As previously discussed, Winstead served as mission commander on numerous Top Secret missions in the P-3 Orion spy plane, which was outfitted to serve as an intelligence collection platform. It was Winstead’s job to coordinate all of the activities of the mission.

In 1997, Winstead moved to Dresden, where he and his wife, Inju, purchased a home on Linden Street. He later bought the house and lot next door, located at 302 Linden St. After a while, he decided to tear it down and discovered a hand-hewn timber-frame structure was hidden underneath the exterior façade, which was applied at a later date. He states timber-framing is a very strong method of construction and was utilized in building the more expensive homes of the 1800s. The frame was made mostly of red gum and walls and floors of yellow poplar.

After discovering the house was built in the mid-1800s, he decided to dismantle the original three-room section of the residence, and reassemble it on his Latham farm, due to the historical significance of the structure.

Winstead wishes to preserve the home by dismantling the historic building. Dresden Mayor Jeff Washburn states, Winstead began tearing down the two-story structure in April of 2020 on his own accord. It was only then that members of the Dresden Condemnation Board decided to place the property on the list for possible condemnation.

During deconstruction, Winstead discovered two bottles containing messages from Herschel Jennings Priestley (H.J.), who once owned and resided in the home with his wife, La Nelle Priestley.

This week, The Enterprise takes a look at the message found in a second sealed bottle, which provides additional information about the house, as well as some of the famous families who resided there.

A second typed message from Priestley, dated June 18, 1969, was found inside an old honey bottle hidden in the wall of a room added onto the house by Priestley. The message describes an addition built onto the house and the costs involved. It also discusses current events and the political atmosphere at the local and national levels.

This message notes carpenter Wilber Tackett is building the south room onto the main house. It states the contract for the job is through McWherter Lumber Company, operated by Mrs. Raymond Smith and sons, Johnny and Raymond, Jr. The south room addition cost $2,600.

Looking for evidence to indicate the age of the house, Winstead had a number of clues to work with.

The type of square nails used in the original structure, were no longer manufactured after 1850.

Priestley’s message states one of the fireplaces is estimated to have been constructed around 1861, placing the home in the pre-Civil War era.

Priestley also notes, according to Mr. Bumpus Irvine, an elderly citizen of the town, who died about 1949 or the early 1950s, “The main house stood through the Civil War.”

Winstead also discovered a small scrap of an issue of the Dresden Enterprise newspaper, dated 1898 within the walls of the structure.

Based on these accounts, as well as county tax and deed records, the structure is estimated to be at least 159 years old.

Additionally, according to Mayor Washburn, who is well-versed in the history of Dresden, the original building appears to date back to the 1800s, and very well could be one of the first homes constructed in the City of Dresden.

According to property tax records, the earliest known owner of the property located at of 302 Linden St. in Dresden was G.F. Cole, who willed the house and lot to B.D. Irvine on October 17, 1878. It may be that Cole was the original owner of the property and built the first house on the lot. This was the three-room, timber-frame home, which was added onto over the years by future owners of the property.

On May 23, 1935, W.R. McWherter sold the house and lot to Herschel Jennings Priestley and La Nelle Goodwin Priestley.

On January 25,1997, Bennie F. Taylor sold the residence to Tony and Inju Winstead.

According to Weakley County Public Defender Joe Atnip, first cousin twice removed to Herschel Jennings Priestley, when the building additions were under construction, Priestley wrote letters and placed them in bottles. “They were letters to the future,” Atnip said, and were intended to serve as time capsules, containing current events and other information of the day. He secreted the bottles away inside the walls for to be discovered by a future generation.

In addition to those who owned the property over the years, it is noteworthy that the Linden Street residence was a summer home for the Priestleys and the McWherters were living there full-time.

Harmon and Lucille McWherter and their son, future Tennessee Governor Ned Ray McWherter, lived in the house with the Priestleys, when the two educators were in Dresden during summer break. However, the McWherters were the sole occupants of the house while school was in session in Kentucky. Ned Ray McWherter served as Speaker of the Tennessee House of Representatives for 14 years (1973-1987) and two terms as governor of the State of Tennessee (1987 to 1995).

Ned Ray’s daughter, Mary Linda Ramsey, recalls visiting her grandparents, Harmon and Lucille McWherter, at the old house. “There used to be a man who lived next door that raised bees,” Linda said. “I was playing on the woodpile in the back yard, which my grandmother told me not to do, and I got stung by a bunch of those honey bees.” Despite the painful incident with the bees, she said, “I have very fond memories of that house.” She also expressed interest in visiting the old house, once it is moved to its new location in Latham and restored.

Keith Priestley purchased an old camelback trunk, during an estate sale after his great uncle, Herschel Priestley, died in 1991.

Keith Priestley, who is the great nephew of H.J. Priestley, said he heard someone found one of Ned Ray McWherter’s old National Guard officer’s uniforms inside a closet at the old house.

Atnip said, “Herchel’s grandfather built my house, located on Kimery Road, four miles west of Greenfield, and used the same timber-frame construction techniques as this one.”

The Priestleys met at Lipscomb and married in June of 1929.

The couple graduated from David Lipscomb College and Peabody College earning a B.S. and M.S. respectively. The Priestleys taught at Lipscomb, Cowan, Decherd and South Fulton in Tennessee; and Jeffersontown, Fern Creek, Valley Station, and Southern High School in Kentucky.

La Nelle also taught in Dresden a number of years.

Herschel was the first coach at Lipscomb.

Tony started classes at the University of Tennessee at Martin in 1963, where he earned a degree in Agriculture Sciences and graduated in 1968.

Winstead’s 32-year military career began when he joined the Tennessee Army National Guard while still in high school. He served for 11 years (1962 until 1973). The Weakley County native joined the U.S. Navy in 1973, and served for 21 years. He retired from the Navy in 1994 and moved back to Dresden.

Tony is married to Inju Lee of South Korea, and the couple have two children – Tiana Winstead, who serves as a Marine Corps Jag Officer; and Charles Winstead, who is a sophomore at Memphis State University majoring in Health Science.

(See Part III in the December 8th edition of the Dresden Enterprise as described below.)

Local, National and World Affairs As Described in 1952 and 1969 Letters

In next week’s third and final article, excerpts from the letters written by Priestley, will describe local happenings, including the construction of churches, schools, government buildings and other structures. It will also mention local office holders, and discuss politics at the various levels of government, including political races of the day.