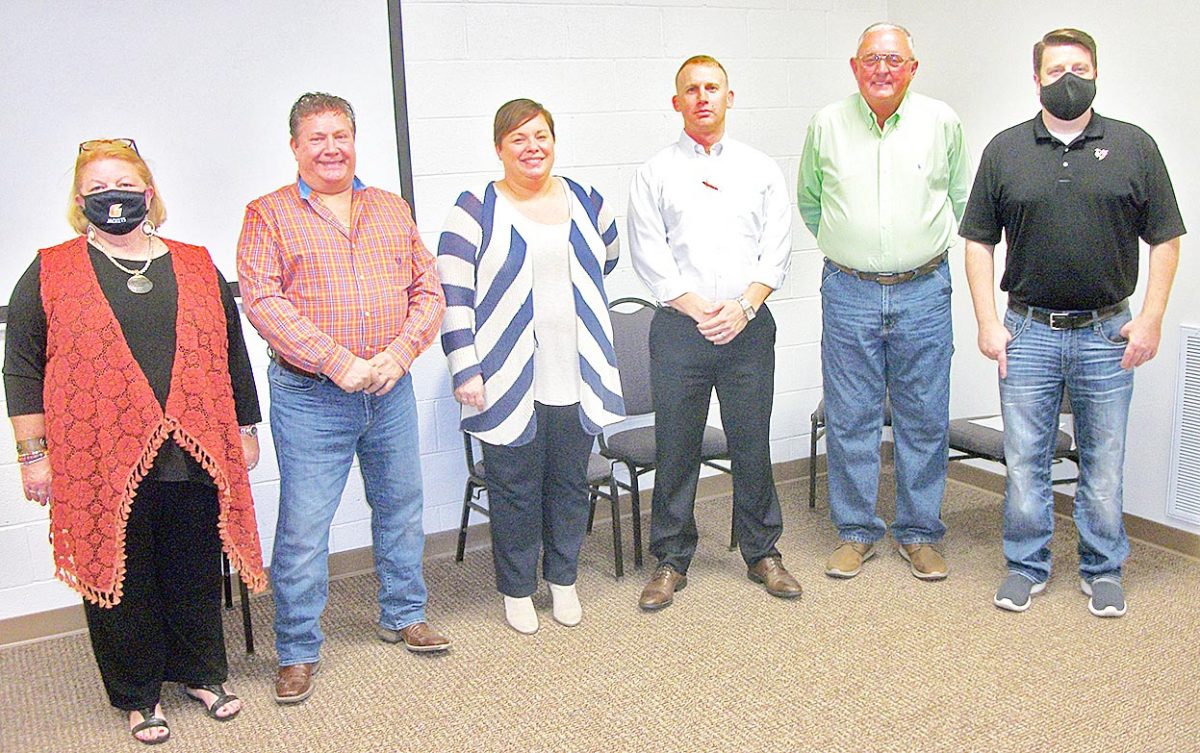 Alderman Allen fills the unexpired two-year term of Alderman Mike Caudle, who was previously appointed to fill the seat of Shane Johnson, after Johnson resigned his post several months ago. All other aldermen were elected to four-year terms.

Since aldermen’s four-year terms are staggered, with half being elected every two years, those aldermen not up for re-election until 2022 are Bobby Morris, Mark Galey and Thomas Tansil, Jr.

Because Alderman High received the most votes, he was appointed vice mayor, in keeping with City policy.

Alderman Pope, owner and operator of Pope’s Concessions in Greenfield, said, “I’m glad you’re giving your time to serve on the board. I think the City of Greenfield has some pretty good aldermen up here right now. We have some younger people elected to the board. I think it’s going to be a good four years.

“Congratulations to the new board members,” Alderman Tansil said. “I look forward to working with you.”

Alderman Allen, who is a retired employee of a Paris gas company, said, “I just want to do what’s best for this town. If there is anything I can do to make it better, that’s what I want to do.”

For the past 15 years, Alderman Keylon has worked for the Department of Children’s Services office in Dresden. She said, “I’m very happy to be able to serve the people of Greenfield. I appreciate everybody’s support. I hope I can work to better our town. I moved to Greenfield when I was a freshman in high school and I’ve been here ever since.”

Alderman Turbyville said, “It’s a tremendous honor to be elected and I’m going to do my best to serve the citizens of Greenfield.” He grew up in Greenfield and graduated from Greenfield High School in 2002. He played junior high football, baseball and basketball. He also played golf in junior and senior high. Turbyville works as a customer service representative for the Social Security Administration out of the Union City office. Sgt. First Class Turbyville is a 15-year veteran of the Tennessee Army National Guard, where he continues to serve as the Brigade Chemical, Biological, Radiological, and Nuclear (CBRN) NCO at the 230th Engineer Battalion in Trenton. Turbyville and his wife, Tamara, have one child, Nolen Barrett. He said, “I want to make Greenfield a better place for my children to grow up.”

Morris expressed his congratulations to the newly-elected aldermen and thanked Turbyville for his military service.

Alderman Keylon said she is looking forward to learning more about the job, so she can better serve the citizens of Greenfield.

Alderman Allen stated he appreciates the town of Greenfield for giving him the opportunity to serve on the board. “I’m going to do my best,” Allen said. “I love this town. I was raised in Bradford, but Greenfield has been my home for almost 40 years now. I want what’s best for this town.”

Alderman High said, “I’ve known Mr. Allen for a long time and we’re excited to have him on the board.”

Mayor McAdams, who was re-elected to her fifth term in office, said, “I appreciate everybody serving on the board. Listen to what people say, because that’s what we’re here for – to do what the people of Greenfield want, as long as we have the money to do it with. I’m originally from Union City, but I’ve been here 42 years, so Greenfield is my home.”

The board unanimously approved an amendment to the City of Greenfield’s Uniform Wastewater Ordinance, originally passed in 1987, which prohibits local citizens from funneling rainwater from their property into the City’s sewer system.

The issue came to the forefront when state officials informed the City of Greenfield the problem must be addressed.

The ordinance adds the following language to the existing policy: “No person shall make connection of roof downspouts, exterior foundation drains, basement drains, areaway drains, or other sources of surface runoff or groundwater to a building sewer or building drain, which in turn, is connected to a public sewer, whether directly or indirectly.”

The wastewater ordinance is intended to prevent runoff rainwater from overloading the sewer system. Several of the pipes leading from rainspouts to the sewers were detected when the sewer lines were smoke-tested recently. City workers cut and disconnected these pipes to prevent water runoff from entering the sewer system. The new ordinance seeks to prevent further incidents from occurring by notifying the public and carefully regulating water runoff at new building sites.

According to City Attorney Beau Pemberton, this practice is already against state law. The city ordinance simply codifies it at the municipal level.

Public Works Director Tony Stout stated the City should soon receive a batch of cold-mix asphalt to repair potholes in the streets, before the suppliers shut down operations for the season.

Parks and Recreation Director Kirk McCartney states work on the new restrooms at the City Park should be completed in time for the March baseball season. “We’re going to try to do that in-house,” McCartney said.

Alderman Tansil stated local citizens had a lot of nice things to say about the paving of City streets.

Police Chief Joey Radford reported there was a big crowd at this year’s Truck-or-Treat event in downtown Greenfield and all went well. “We didn’t have any safety issues to report, so that was good,” Radford said.

Mayor McAdams said, “We had about 600 kids and a total of about 1,200 to 1,500 people in attendance. We had a record turnout and there were no incidents. We appreciate everybody that helped – the fire department, police department and public works. It was a great success and we plan to do it again next year.

In the Library report, Mayor McAdams stated Susie Hazlewood is replacing Natalie Scates on the Library Board.

In announcements, Mayor McAdams informed the newly-elected aldermen they are required to take a 12-hour online training course within one year, instructing them about the operations of municipal government. She added incumbent aldermen have three years to complete the course.

Several board members offered words of thanks and appreciation for the service provided by U.S. veterans.