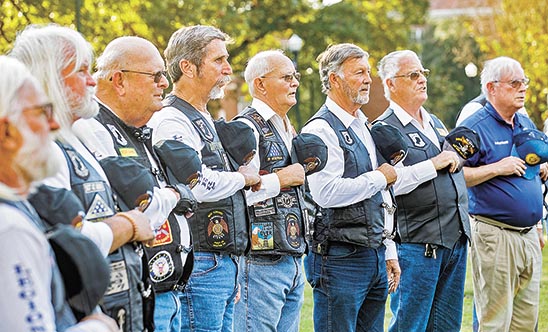 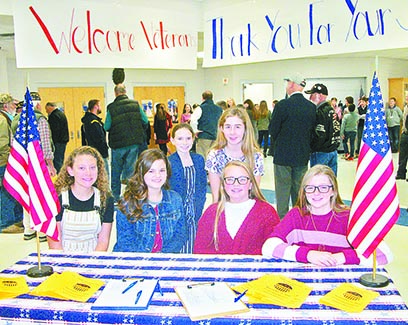 WEAKLEY COUNTY (November 4) — Weakley County’s Veterans Day events are going to be somewhat different this year, due to the COVID-19 pandemic.

Some of the activities will be held in person, while others will take place via the Internet, or are cancelled altogether.

Local American Legion posts have a variety of activities planned.

Dresden American Legion Post 94, located at 8288 Hwy. 22, in Dresden, is hosting a Veterans Day Dinner Wednesday, November 11, beginning at 7 p.m. All Legionaries and members of the Ladies Auxiliary are encouraged to attend. Post Commander Bobby Spellings said, “We will conduct the event in a safe environment.” For more information, call 731-364-9903 or send an email to dresdenlegion@live.com

Martin American Legion Post #55, located at 221 Central St. in Martin, is posting American flags and battery-operated tealight candles on the graves of military veterans at East Side Cemetery in Martin, beginning at 10 a.m. Saturday, November 7. Members of the American Legion Riders will install six footmarkers on veterans’ graves that day. A Veterans Day Patriotic Ride is at 1 p.m. that day.

The post’s annual Veterans Day Dinner is at 6:30 p.m. The meal, which is prepared by the members of American Legion Post #55 Auxiliary, is free to all veterans and their family members and includes: chili, soup, deserts and all the fixings. For more information, call Commander Elton Wilkerson at 731-514-1069.

The University of Tennessee at Martin Office of Veterans Services will host a virtual Veterans Day ceremony at 11 a.m., Wednesday, November 11, to honor the service of veterans in the Martin community.

Justin Johnson, United States Marine and Tennessee Suicide Prevention Network regional director for Memphis and Shelby County, will serve as the guest speaker. Johnson is an Operation Iraqi Freedom veteran and a life member of the Department of Tennessee Veterans of Foreign Wars, where he serves the Shelby County veteran community as the junior vice commander of the VFW District 10. Johnson earned his bachelor’s and master’s degrees in social work at the University of Memphis and currently works to eliminate stigmas surrounding suicide through training programs and networking.

The program will be broadcast at utm.edu/veteransday2020 and will be archived on the UT Martin YouTube account for later viewing.

Dresden High School is not having a Veterans Day program this year.

Dresden Middle School invites all area veterans to attend a Veterans Day program on Wednesday, October 11. This year’s event will be different, due to COVID-19 restrictions and health concerns. Instead of having the program in the school’s gymnasium featuring various speakers, DMS will host a Parade of Veterans.

At 8:30 a.m., the veterans will drive around the circle in front of the school. They will be escorted by a student carrying a poster with information about the veteran riding inside their vehicle. Students will be positioned on the sidewalk to thank the veterans for the service they have rendered to their country and present the veterans with additional gifts.

The veterans must remain in their vehicles, but they will be asked to lower their windows, when practical. This will allow for limited interaction with the spectators.

Additionally, a list of the students’ family members who have served in the U.S. military will be used to create a display in the school’s lobby showing how they have been involved in military service.

When possible, veterans are asked to pre-register by providing Dresden Middle School with their: name, rank, military branch; and details about their time in service. This information can be forwarded to the school by: sending it with a student; calling the school at 364-2407; emailing it to Jamie.Rickman@wcsk12tn.net; mailing it to Dresden Middle School, 759 Linden St., Suite A, Dresden, TN 38225; or dropping it off at the school (ring the bell and someone will collect the information).

According to principal John Gardner, Martin Middle School is having a virtual Veterans Day program this year, instead of an in-person ceremony.

“The teachers will have activities for them to work on related to Veterans Day. So, it’s going to be a little different this year.”

Gleason’s Veterans Day ceremony will be held virtually in the school’s library. Several students, as well as the Gleason School’s principal Lee Lawrence and vice principal Monica Rollins, will take part in the program.

According to Amy Lawrence, who serves as librarian, PreK-12, some of the students are also participating in the program. “We have one student who wrote a speech attributed to veterans,” she said. “One student is in the Civil Air Patrol. Another will recite a poem. We have a second-grader who’s going to sing a song about America and one who will recite the ‘Pledge of Allegiance.’”

All participants will observe social distancing during the program.

“We are not allowed to have outside visitors, so the veterans can’t attend in person,” Mrs. Lawrence said. “By meeting virtually, we can still honor our veterans and let them know we haven’t forgotten them, even though we can’t meet together.”

As of press time, the details of Greenfield School’s Veterans Day program have not yet been worked out, but a drive-through event honoring local veterans is being considered. (Watch the Dresden Enterprise Facebook page for updates.)

Sharon School second-grade teacher Danielle VanCleave said, “We’re doing a virtual Veterans Day program this year. We’re still going to try to have the same content we’ve had with our in-person program. We’re going to be filming the classrooms and the different crafts and activities the students have created. If they have speaking parts, we’ll have that videoed.

“Our junior-high classes are going to create poems, as they have always done in years past,” VanCleave said. Students will write essays about what Veterans Day means to them. A few of those students will be selected to read their poems during the Veterans Day program, which will be filmed. Their essays will be compiled into notebooks, which will be given to local veterans on Veterans Day. The veterans will be notified when to come by the school and pick up their folders and certificates of appreciation. The date and timeframe will be announced later.

She states the guest speaker will be U.S. veteran Marcus VanCleave.

In compliance with safety measures to guard against COVID-19, there will be no singing.

“We’re hoping to have something special for our veterans,” VanCleave said.

Westview High School is not having a Veterans Day program this year.

Rolling Thunder TN-6 officials recently announced Martin’s Veterans Parade, as well as a Veterans Day ceremony, which is normally held after the parade at Festival Park in downtown Martin, are cancelled because of the COVID-19 pandemic. Rolling Thunder TN-6 is a 501C non-profit organization committed to the POW-MIA issue and to helping American veterans from all wars. The organization, composed mostly of motorcyclists, provides escorts for military funerals and participates in other patriotic activities honoring America’s veterans.

Veterans Day is a federal holiday in the United States observed annually on November 11. It honors all of those who have served in the United States military in war or peace – dead or alive – although it’s largely intended to thank living veterans for their sacrifices.

It was originally called Armistice Day to commemorate the end of World War I. The cessation of hostilities between the Allied nations and Germany occurred on the “eleventh hour of the eleventh day of the eleventh month” of 1918. At the time, it was known as “The Great War” and was generally regarded as the end of “the war to end all wars.”

In 1954, President Dwight D. Eisenhower officially changed the name of the holiday from Armistice Day to Veterans Day. In 1968, the Uniform Holidays Bill was passed by Congress, which moved the celebration of Veterans Day to the fourth Monday in October. The law went into effect in 1971, but in 1975 President Gerald Ford returned Veterans Day to November 11, due to the important historical significance of the date. Veterans Day commemorates U.S. veterans of all wars. 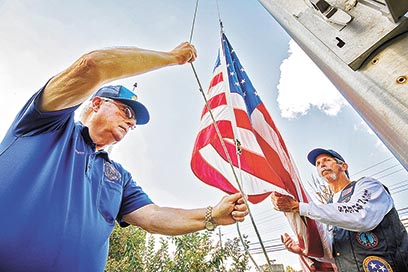