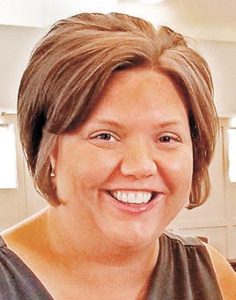 SHARON (November 3) – The City of Sharon was chartered nearly 120 years ago in Weakley County. For the first time in the city’s history, voters have elected Sharon’s first female to serve at the helm as mayor of the town with a population of nearly 1,000 people.

While the Tuesday, November 3, election generated excitement across the country as voters turned out to cast their ballot for leader of the nation, Sharon citizens had the opportunity to make history for its quaint town.

Ali Stalter has served as a city alderman for the last two years. When asked what prompted her decision to seek the highest seat on the town’s council, Stalter said she was asked to run for the office. Current Sharon Mayor Monroe Ary announced earlier this year he would not seek re-election to the post he held for the past four years. Stalter said she got the blessings of current board members, as well as the mayor, and made the leap to announce her candidacy for the post.

“I was asked by the people to run for the position. I was told I was outspoken and a go-getter. It’s been exciting and a positive experience. I will work for the citizens of this city,” Stalter shared.

She needed one vote to claim the seat and running unopposed, she was able to secure her one vote, and then some.

Moving from Las Vegas, Nevada, to Sharon was a welcoming experience for Stalter and her family. She said the community has been very encouraging and supportive of her and husband Randy, and their two children – Madison, 13, and Carson, 7.

Many may have seen Stalter at the Sharon Senior Center, where she serves as assistant director. She was appointed to serve as alderman for the city two years ago. One of her first tasks as the city’s new mayor will be to appoint her replacement on the city council.

She said the City of Sharon has many strengths, including the close-knit sense of community, cleanliness and safe, small-town atmosphere. While the days of an abundance of factories from 30 years ago are gone, Stalter said it is important for citizens to support existing businesses downtown and throughout the city. She encourages all residents of Weakley County to show support for the great furniture and antique stores, senior center, fire and police departments.

“I want us to grow for the future and show support for the great businesses we already have. I know we don’t have the industries we used to have here many years ago, but we can be positive about what we do have here,” Stalter shared.

When it comes to serving her constituents, Stalter said she wants voters and community members to know she isn’t one to pass them by or disregard their concerns.

“I’m here to listen. To all who voted for me, I say thank for your encouragement and support. If there are problems, I want to work to come up with solutions. I won’t pass you by. I work for all of the people,” Stalter added. 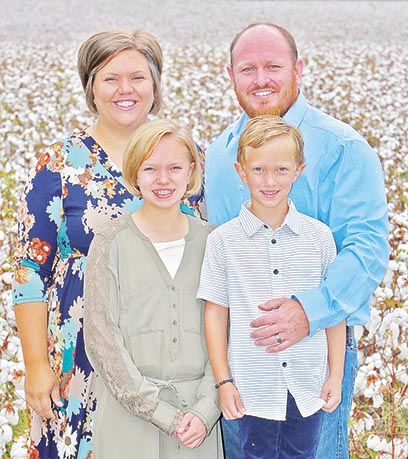 Ali Stalter, an alderman for the City of Sharon, made history Tuesday evening when she became the first female mayor in the city’s history. She is pictured with her husband Randy and their children Madison and Carson.