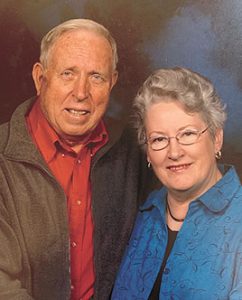 GLEASON (October 17) — A two-vehicle collision near downtown Gleason over the weekend resulted in the death of a McKenzie couple.

A police report notes, at approximately 10:51 a.m. Saturday, October 17, 2020, a motor-vehicle crash with injuries was reported at the intersection of East Union and Phelps streets.

According to Gleason Police Chief Paul Eddlemon, the accident occurred when a 2005 Dodge Caravan, driven by Billy Washburn, 85, of McKenzie, was southbound on Phelps Street and failed to stop at the intersection of East Union Street. Washburn’s wife, Alice Washburn, 78, was a passenger in the vehicle.

When Washburn attempted to cross East Union Street, his van was struck by an eastbound Freightliner, heavy-duty, 18-wheeler, driven by Zachary C. Brantley, 30, of Gleason.

The truck, which is owned by Spain Brothers Milling Company, struck the van on the passenger’s side and pushed it into a ditch on the south side of East Union Street.

“The van came to rest a short distance from the impact point,” Chief Eddlemon said. “This indicates speed was not a factor in the incident.”

Mr. and Mrs. Washburn died as a result of the crash.

Brantley was not injured in the accident.

All parties were wearing seatbelts at the time of the fatal wreck.

Tennessee Highway Patrol assisted Gleason Police Department in working the scene, and will also continue to assist in the investigation.

Brummitt-McKenzie Funeral Home is in charge of funeral arrangements.

See more information in the obituary section of this newspaper.