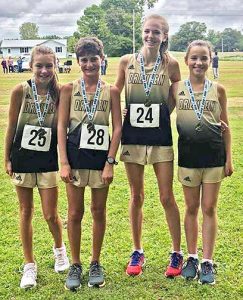 Four members of the Lions’ team were able to qualify for the championships – Landon Floyd, Alexis Harrison, Alivia Rainey and Ellie Poole.