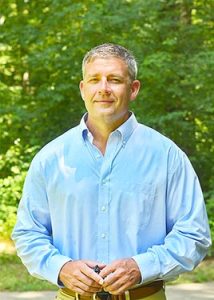 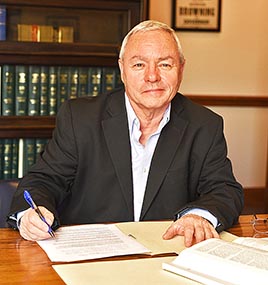 76TH DISTRICT – After State Representative for the 76th District (Weakley, Carroll and a portion of Obion counties) Andy Holt announced he would not seek re-election to the seat he has held for the last 10 years, several Republican candidates vied for the seat in the August primary. One lone Independent candidate also threw his hat in the ring for the seat.

Emerging as the Republican candidate was Tandy Darby, a Greenfield resident who has spent his career with Akin and Porter Produce in his hometown. Independent candidate Jeff Washburn, a Dresden resident who serves as the city’s mayor, qualified for ballot placement during November’s General Election.

When discussing the issues, voters in the district may find it challenging to find differences in where each candidate stands on matters such as agriculture, education and economic development.

“I strongly support public education and I am against vouchers. I believe we need to adequately fund public schools and teachers. We need to take a second look at testing requirements. Teachers spend so much time in the classroom teaching tests and we need to focus on giving them more time to teach the R’s (reading, writing and arithmetic) in the lower grades,” Washburn shared. With a daughter who is a full-time first-grade public school teacher at Dresden Elementary School, the Independent candidate said he relies on input from her as well as a few public school teachers who serve as advisors to his campaign.

Darby said he fully supported Tennessee Gov. Bill Lee’s push to raise the beginning salary for public school teachers and said he wants legislators to revise testing requirements for students as teachers are required to spend too much time teaching tests in the classroom.

The topic of education carried over into the candidates’ messaging about economic development for the 76th District.

“In the tri-county district, we have two four-year institutions and a TCAT (Tennessee College of Applied Technology) school that I would put up against any in the nation for quality education. I don’t want my kids to have to leave the area in search of good-paying jobs. We have so many great educational systems in this area and we need people who are skilled to fill the jobs that are needed,” Darby shared. He added if there is ever a chance to advance this area, it is necessary to utilize the educational institutions already located in the district.

“My plan starting out is using the basics of what we already have in the 76th District. We have a serious need to attract industries to the area. Job training is key, especially in industrial maintenance, computer networking, machine shop skills and robotics, and we have the schools to get people the skills they need for available jobs,” Washburn said. He also noted another issue pertaining to economic development to address is the opioid crisis, which results in a lack of quality employees for the workforce. The Independent candidate said families need living wages with jobs that pay benefits in the region.

With a family history in agriculture, Darby said farming is the lifeblood of this community. He grew up on a farm and works in tandem with his brother on the family’s cattle farm, Darby Brothers Farm.

“The TAEP (Tennessee Agriculture Enhancement Program) is valuable for farmers. My family has used it and I want to protect that program and keep it fully funded. Good roads are also important for the agriculture industry and I will work with counties and cities to keep roads in good shape,” Darby said. He added he would propose to remove sales tax on agricultural goods across the board for all who use them.

“The TAEP has provided millions of dollars to fund numerous projects in the district. I will ensure funding remains in place for these programs and I am fully committed to promoting and protecting TAEP. Agriculture is a predominant industry in this district and I support any program that enhances agriculture,” Washburn noted.

As a restaurant owner in Dresden, Washburn said business peaked during a recent shut-down when orders were cast over the internet and it had to switch to carry-out only services. As places began to re-open to the public, the business isn’t as lucrative and he understands many business owners have suffered long-term as a result of the pandemic. Washburn said he expects a second wave of COVID-19 is coming at a time when relief for businesses is drying out.

“I don’t think this will be over soon, not event with a vaccine in place. There is a rush to get it into production and there are safety issues that come with that. We need to be prepared for a potential second wave,” Washburn added.

“Without a doubt, the COVID-19 pandemic has impacted everyone – small businesses, farmers, education systems and jobs. I am for protecting small businesses and getting them fully re-opened in a safe manner and protecting them 100 percent in the future,” Darby shared.

“The folks in this district and this country are resilient and we will pull through this,” he added.

Washburn touched on other key issues such as allowing federal funds for a Medicaid expansion for senior citizens and low-income families in Tennessee. As an Independent candidate, Washburn described himself as a centrist, with the ability to be able to work with both parties in the state legislature to combine ideas and work for the people of the district.

“I want people in this area to know they will get a phone call from me. I will be looking to those I represent to help guide me with decisions in Nashville,” Darby added.

When it comes to a campaign presence, Darby has canvassed the district, meeting with voters and talking about the issues. Washburn has a heavy presence on social media and advisory members from the different sectors in the district.