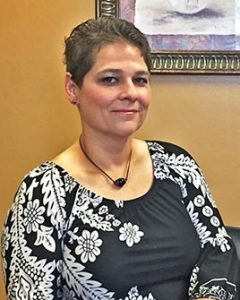 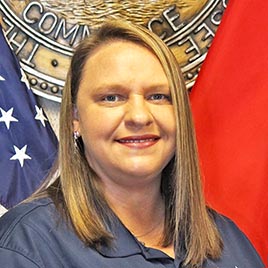 WEAKLEY COUNTY – The voice on the other end of the line in an emergency situation is, most often, what some would describe as a stranger. There aren’t salutations and greetings when people find themselves facing emergencies. A 911 call isn’t one that warrants a get-to-know-you scenario. The person on the other end of the call knows in emergencies, minutes and seconds count. They are responsbile for getting information from a distressed caller to the appropriate agencies for response. While it may just seem only a voice on the other end of the line, dispatchers are the first line of response in a crisis. From calming a distressed caller while sending out a request for response to various departments, a dispatcher is often the unsung hero who sometimes never even knows the outcome of a situation after hanging up the phone.

Weakley County 911 Director Christy Fulcher has spent the last 20 years of her life in emergency response in the county. Fulcher said she always had a desire to serve her community in a public safety aspect and started out as a dispatcher at age 19. With such a strong passion to serve, the only job she could apply for as a teenager was in dispatch. From there, her service led her on a path in ermegency communications with side roads to police and fire departments along the way.

A humble Fulcher will tell someone while the role of a dispatcher is one that may go unnoticed by the public, the satisfaction gained from helping others is the reward itself.

“I often tell new dispatchers that it is a job that usually goes unnoticed by the public and it’s mentally exhausting, but the feeling of helping these people is self-rewarding,” Fulcher noted when asked what advice she offers to someone new to dispatch.

“You never know how big a small problem can be to your caller, so treat everyone with respect. Don’t take things personally because everyone deals with emergencies in different ways. Some yell, scream, cry or curse,” she added.

Katie Perry, Martin Police Department Dispatch Supervisor, has been the first line of response for 25 years in the community, beginning her career as a dispatcher for the University of Tennessee at Martin’s Department of Public Safety. She took a position at MPD while a student to help pay for college. After earning a degree in accounting, Perry said she loved her dispatching job and didn’t want to leave. Twenty-five years later, she now leads a team of dispatchers for one of the largest municipalities in Weakley County, complete with its own police, fire and EMS departments.

When asked about some of the most memorable events she experienced in her role, she said there is a lot the department, family, has experienced together. She and Fulcher said there were too many to share in just a few sentences.

When presented with all types of emergency situations, neither mentioned the potential stress, horrific tragedies or extreme cirucmstances as challenges faced by dispatchers. The humble pair seemed to recognize those as just part of their daily tasks.

“One of the hardest things about being a dispatcher is the lack of closure that comes with the job. Once the first responders are on the scene, dispatchers have to hang up and move to the next call. Sometimes we never find out what happens to our callers,” Perry shared.

Both agreed their teams have a great personal and professional relationship with all of the county’s first responders. Talking with local first responders throughout the county, they’ll say that relationship is one of the most important aspects of their performance as dispatch is truly the first line in emergency response.