By Jason R. Martin
jmartin@mckenziebanner.com
MARTIN (July 15) — Wednesday afternoon, Dr. Lisa Piercey, Tennessee Commissioner of Health, was the featured speaker for WestStar’s monthly leadership series entitled Looking Through Zoom Lenses. Commissioner Piercey’s program was entitled Leadership Through COVID-19, focused around the efforts the State of Tennessee is making through the current pandemic.
Dr. Piercey, a doctor of pediatric medicine, spoke in depth about how the state’s frantic work pace in the beginning of the initial outbreak. The first 30 to 45 days focused on building the supply chain and furnishing laboratories for testing. Around the second or third week of June, Tennessee along with the rest of the nation, saw a rapid spike in positive COVID-19 tests.
The increased numbers put Dr. Piercey and members of the state’s leadership in a difficult position as looking for a remedy became less defined and more questions to answer in rewards to why there was a spike.
Dr. Piercey answered community leader questions, most of which focused around the possibility of if and when public schools will reopen. She said the state is working on a plan they hope to release in a few weeks. As a parent of four children, three of which are high school age, she stressed the importance of in person learning from a holistic standpoint.
She added there is a need for a systematic methodology of how to deal with future outbreaks and not have school administrators “working on the fly or increasing further panic.” Predictability was another necessary point as it meets the needs of many parents. They need to be able to work out the logistics of caring for their children. Transparency has to be addressed by anyone in leadership as officials work through unknown answers.
Virtual learning will likely be a prevalent part of the school year, but this requires supervision and the ability to help field the student’s questions. Also children with special needs students require more person to person attention forcing a greater burden on parents.
Positive cases in the schools are inevitable, so it is dire the school systems put a plan in place. The schools must work to reopen and stay open while working to prevent constant openings and closings when there is a positive case.
High school sports tied into the concerns of public education. Dr. Piercey confirmed she has been in conversation with the TSSAA. She said they were working on a solution to allow sports. Looking at both sides of the spectrum, from not playing any sports to having a near free-for-all with sanitizing stations, they are working towards a compromise to allow sports. She included there are more factors to consider than just those on the field. A serious concern revolves around the fans in attendance; will they be screened; will screening cause a bottleneck at the gates; what is the exposure rate; what is the exposure rate; and what about cheerleaders and band members?
On Wednesday, Commissioner Piercey was in Knoxville preparing to visit Bristol Motor Speedway in preparation for the NASCAR All-Star Race. This is the first large-scale sporting event in the nation since the onset of the pandemic. The venue with a seating capacity of 162,000 will host approximately 20,000 spectators with strict enforcement of spacing and mandatory facemasks will serve as a test case for future sporting events.
She explained how NASCAR and the management team of Bristol Motor Speedway were working together to provide entertainment in a safe and health focused manner. If a ticket holder is experiencing systems or has recently been exposed to COVID-19, their tickets will be fully refunded with no questions asked.
The topics of vaccines and therapeutics were broached; Commissioner Piercey informed the audience of the White House’s “Operation Warp Speed” on the production of a vaccine for COVID-19. According to the U.S. Department of Health and Human Services,the plan looks to accelerate development while maintaining standards for safety and efficacy. The federal government is making investments in the necessary manufacturing capacity at its own risk, giving firms confidence they can invest aggressively in development and allowing faster distribution of an eventual vaccine. Manufacturing capacity for selected candidates will be advanced while they are still in development, rather than scaled up after approval or authorization.
Therapeutics help as a treatment for the virus but are not a full on cure. Monoclonal antibodies used for COVID-19 might be ready by September. The antibodies have the potential of improving mortality by 30%.
In closing, Dr. Piercey recommended the public use facemasks. She stated the masks are an effective tool when used properly and constantly.
The next Looking Through Zoom Lenses installment is August 12 with UT Martin Chancellor Dr. Keith Carver. 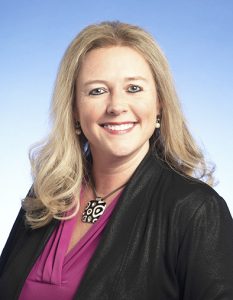