DRESDEN (July 6) — The Dresden Police Department has charged two suspects allegedly involved in a shooting last week that sent a 17-year-old female to the hospital for treatment of a gunshot wound.
According to Interim Dresden Police Chief Chris Crocker, warrants were issued for two individuals in connection with the shooting on Sunday, July 5.
Cody W. Brown, 19, who resides on Broad Street in Dresden, is facing charges of aggravated assault, reckless endangerment with a deadly weapon, and possession of a weapon by a convicted felon.
Bobby Ellis Dickens, 41, of Westbrook Lane in Dresden, is charged with aggravated assault and reckless endangerment with a deadly weapon.
Chief Crocker says he received a call from Officer Thomas Travis at approximately 11:47 p.m. on Monday, June 29, informing him a shooting had occurred in the city limits of Dresden. “I arrived on the scene and came into contact with Bobby Dickens, who was driving a Ford Ranger traveling east on Pikeview Street.” He notes the vehicle had been shot approximately three times while at a Broad Street residence.
There were three other victims involved in the incident inside the truck. A juvenile female, who was apparently shot in the buttocks area, was seated in the bed of the truck.
Crocker stated the occupants of the truck called Brown on the phone and got into a verbal altercation with him. Brown responded by telling them there would be a shootout if they came to his location.
However, Crocker notes reports concerning what happened next contradict one another.
Those riding in the truck admitted calling Brown before the incident and knew his location. They stated, knowing Brown’s intent, they drove to his location on Broad Street. They said Brown shot at them multiple times, and Dickens, who was also armed, discharged his firearm during the shooting.
They said Brown started shooting when he saw their truck, wounding the teenager with a single round and striking the vehicle multiple times.
However, Chief Crocker heard another version of the events from a witness at Brown’s location, who said when the truck came in front of the house on Pikeview Street, Dickens was pointing a firearm equipped with a green laser at Brown and others in the yard, causing Brown to shoot. Brown allegedly admitted he fired a handgun, but said he was acting in self defense. A witness at the scene stated the firearm Brown discharged belongs to him.
The wounded female was airlifted to Le Bonheur Children’s Medical Center in Memphis for evaluation and treatment of her injuries.
Dickens is ordered to appear in Weakley County General Sessions Court on Wednesday, August 5 for his preliminary hearing, and his bond is set at $1,000.
Brown was reportedly picked up by Dresden police Monday at 4:30 p.m. at a Dresden residence without incident. The defendant is incarcerated in the Weakley County Detention Center while awaiting his arraignment. 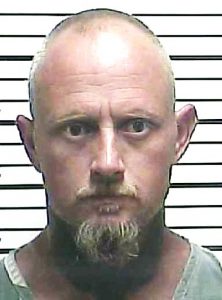 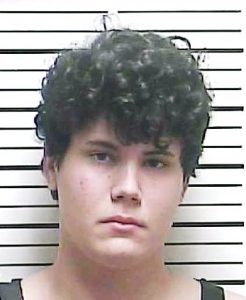