BY JASMINE WILLIAMS
enterprise@dresdenenterprise.com
SHARON (July 13) — At the city of Sharon’s monthly board meeting, a new full-time police officer was introduced. Dillon Edwards was hired by the city as an uncertified officer. He will is working on a probationary period before going to the academy. After which he will receive a pay raise and have a contract to work at Sharon.
The board also discussed grass and weed overgrowth seen in some areas of the city. Recently the city discontinued cutting the grass in homeowner’s ditches. Many residents assumed the mowing responsibility but others have failed to heed warning letters about the tall grass. Troy Whitworth with the police department stated that after the letters that many cut the ditches but that some had not. Whitworth reported that there was one location that could not maintain the overgrown grass and asked the city to trim it one more time and that they would maintain the grass afterward. Alderman James Roberts suggested the offer of cutting homeowners’ ditches one time could be extended to others. However, the board approved to send a second letter to residents to cut their ditches without help from the city.
Sharon’s board discussed utility cut-offs for some residents. After COVID-19, the city suspended terminating utility services to homeowners who did not pay their bills. Some residents in Sharon have been using this to their advantage, city recorder Donna Stricklin stated. Some customers have not made any payment toward their utility bills in months. The board approved for Stricklin to start terminating utilities this month which the board passed.
Tabled from last month’s board meeting was the passage of an ordinance for non-resident property owners. This affects 26 voters for the city of Sharon. The ordinance stated that after two readings, non-resident property owners will vote for city elections through the mail. The first reading was passed unanimously.
Also involving voting, Sharon will change its charter regarding elections. Previously the city charter stated that elections would be held during the general national elections. However, in 2022 the city charter will not align with the national election date. This will mean that Sharon will have to present its charter change to the state legislature for passage next year. The board will be working on this change later next year.
In other news, Sharon has been promised $50,000 from the Local Government Grant which they will receive at the end of July. This money is designated to be used to repair potholes in various locations across Sharon.
A resolution was approved for the fire department regarding the matching grant program. The city passed that through this grant that for every $1,000 spent they will receive $500.
With no other news to discuss the board adjourned. The next meeting is August 10 at city hall. 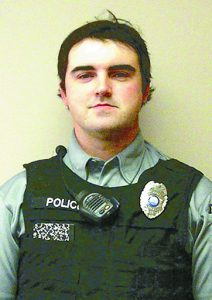