By Jason R. Martin
jmartin@mckenziebanner.com
MARTIN (June 17) — COVID-19 has changed the manner in which the world operates. In that regard, UT Martin’s leadership program, WestStar, is holding a leadership series entitled Looking Through Zoom Lenses. Last Wednesday, the series opened with the University of Tennessee President Randy Boyd speaking about leadership and management in times of crisis.
65 community leaders from around West Tennessee listened as the former gubernatorial candidate stated in times of crisis everything is amplified. Thus the crisis forces individuals to look for improvements. Boyd explained since taking over at the university in November 2018, he has looked for ways to improve the school, but now with a pandemic, he has had to find unique ways for the institution to cope.
Boyd provided his four keys to leadership in times of crisis:
1. Teamwork — teamwork is critical because it shows the strength of the team.
2. Communication — communication is a must. Talk with shareholders and don’t hold back.
3. Transparency — Tell what you. You may not know all the answers and don’t be afraid to admit it.
4. Make Decisions — Make decisions when you need to. Don’t procrastinate or let the problem fester.
Using those four components, he explained how he believes UT Knoxville is on the road to have the greatest decade the school has seen despite the school’s revenue being down 40% for the year.
Tasked with the challenges of keeping everyone healthy and safe when students return, the president stated faculty and staff will wear masks, there will be required immunizations and universal testing on the first day. He stated not having students on campus cost the school nearly $40 million in regards to refunds and lost tuition.
As students left campus, distance learning became a necessity and shined a light on what was one of the university’s weaknesses. Before the pandemic, very few faculty members wished to work from home. In a recent survey, 80% of the faculty believed working from home was a possibility. He said when classes resume, the university will have a much-improved distance learning program.
He commented on his personal businesses that include Radio Systems Corp., a Knoxville-based business with more than 800 employees producing pet-related products. He serves as chairman of Boyd Sports and is the owner of the Tennessee Smokies, Johnson City Cardinals, Greeneville Reds and Elizabethton Twins. Boyd explained how his pet business has increased by 65% since May due to people being at home and shopping online. While Radio System Corp. is having a fantastic financial uptick, his minor league baseball teams are facing financial difficulties because they have received zero dollars since all minor league baseball has been canceled for 2020. He added his teams have not produced any revenue in 18 months.
Boyd said people weren’t as prepared as they should have been for this pandemic. There were warnings, but maybe society will be ready when the next one strikes.
The next Looking Through Zoom Lenses series talk is July 15 with Tennessee Department of Health Commissioner Lisa Piercey. 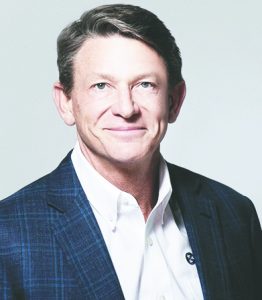