DRESDEN (June 18) — A Dresden man charged with a gun-related assault, after allegedly attempting to kill his ex-wife, is ordered to appear in Weakley County General Sessions Court on Wednesday, June 24.
According to a Dresden Police report, George Hilton Craig III, 39, of Woodside Circle in Dresden was arrested Thursday, June 18, on charges of Aggravated Assault, Possession of a Weapon by a Convicted Felon, Theft of Property up to $1,000, Violating an Order of Protection and Violation of Probation.
On Wednesday, June 17, officers were dispatched to a residence on Woodside Circle, in response to a 911 call by Craig’s ex-wife stating Craig had a gun and was threatening to kill her.
The victim told police Craig retrieved a handgun from a bedroom, pointed it at her, and pulled the trigger. However, the gun jammed. Craig cleared the jam by pulling back the slide and the bullet ejected.
The altercation continued in the bathroom with Craig allegedly holding the victim against the bathroom wall with the gun still in his hand.
After a witness, who owns the gun, separated the divorced couple, the victim called 911 and Craig left the residence with the gun.
According to Officer Bryan Chandler, the victim had marks on her neck from the altercation.
According to the arrest report, Craig was convicted in February, 2020 in Weakley County Circuit Court for displaying sexual content to a minor.
Craig is held in the Weakley County Jail. 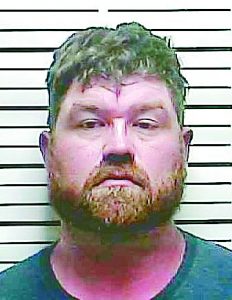