MARTIN — Dr. Timothy Smith, lecturer of history at the University of Tennessee at Martin, was featured in a three-night miniseries on The History Channel titled “Grant” as an expert historian on Civil War General and 18th President of the United States, Ulysses S. Grant.
Smith, who has authored numerous Civil War books, focused predominantly on Grant’s strategy and success at the Battle of Shiloh. While the battle only lasted two days, it was the bloodiest and most costly battle to date in the Civil War.
“My major area of research is the Civil War in the Mississippi Valley, which includes Grant’s early war activity, so I’ve studied Grant thoroughly at Forts Henry and Donelson, Shiloh and on down to Vicksburg,” said Smith. “Plus, I’m co-editor, with John F. Marszalek at Mississippi State University’s Ulysses S. Grant Presidential Library, of a book series with Southern Illinois University Press entitled ‘The World of Ulysses S. Grant.’ So, I’ve been studying and working on Grant a while now.”
Smith was flown to New York City in 2018 and interviewed by producers of the show about Grant’s life and career. He did not know how much information he provided would be used in the series but was satisfied to see his contribution played out on screen in May 2020. He is featured in all three episodes of “Grant.”
“I hope the everyday American will take away a renewed appreciation of Grant. Obviously, he was the main factor in the military victory in the Civil War, but he was also not as bad a president as many believe. Grant was one of the greats in American history, and it is fitting that he is getting this attention now,” said Smith.
While Smith says many of the scenes were dramatized for effect, the overall message of who Grant actually was, not as many perceive him in history, was well delivered during the series.
“Reenactors and technical folks who know all the details are going to pick everything apart, but for the intended audience, which was the general public who knows little to nothing of Grant, I think it served as a good introduction and counterpoint to the accepted idea that Grant was a only a drunk, butcher and a corrupt president.”
All three episodes of “Grant” can be viewed on The History Channel’s website at https://www.history.com/shows/grant/season-1.
For more information, contact Smith at tims@utm.edu. 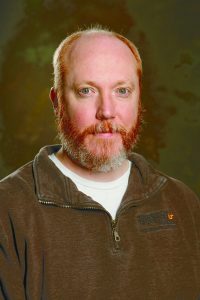