WEAKLEY COUNTY (June 14) — A Sharon man is facing a charge of armed robbery after allegedly robbing a local family at gunpoint.
Louis Stephen Rechis, III, 20, of Sharon is charged with aggravated robbery.
According to Investigator Captain Randall McGowan of the Weakley County Sheriff’s Department, at approximately 8:19 p.m. on Sunday, June 14, three members of the same family were parked on a road south of Martin, watching the sunset, when they were blocked-in by a white sport utility vehicle.
The driver of the vehicle got out of his SUV and approached the family seated in their car. He then produced a weapon and robbed the family of $60.
On Monday, June 15, based on information obtained from the victims of the robbery, Weakley County Sheriff’s investigators arrested Rechis on a charge of aggravated robbery.
The vehicle and firearm allegedly used in the crime were recovered. However, the money was not recovered. 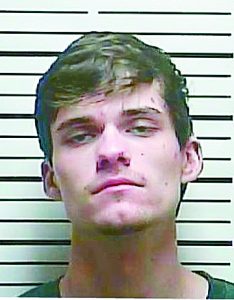 Local Crop Productions Up In 2021

Chargers for the Win Against Huntingdon