DRESDEN (June 14) — A Martin man was arrested over the weekend for allegedly stealing a computer from a Dresden residence.
Christopher Tyler Jackson, 27, of Martin is charged with burglary, theft of property and failure to appear.
On Sunday, June 14, Dresden Police Department Ptl. Thomas G. Travis was dispatched to 495 Hwy 118 (South Wilson Street) in reference to a stolen laptop.
The officer spoke with the victim, who stated, on Saturday, June 13, she allowed Christopher Jackson to come into her residence to get something to drink and his girlfriend to use the restroom.
According to the victim, Jackson and his girlfriend left the residence after a short period of time. When she noticed the laptop was missing, she called the police.
Assistant Police Chief Christopher Crocker located Jackson and his girlfriend at a residence in Dresden, and Jackson was arrested on a warrant out of Weakley County for failure to appear.
Officer Crocker interviewed the girlfriend, who gave a full confession regarding the theft.
The girlfriend told police the computer was traded for other items in Gleason and gave the name of the individual who had the laptop.
Assistant Chief Crocker contacted the subject and retrieved the stolen laptop. This individual stated Jackson traded him the laptop on Saturday, June 13.
The computer, valued at approximately $1,000, had extensive damage. In addition to burglary and theft of property charges, Jackson will also be required to make restitution for damages.
Jackson is held without bond while awaiting his appearance in Weakley County General Sessions Court on Wednesday, June 17. 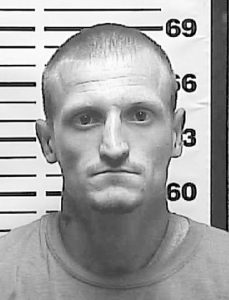