DRESDEN (May 27) — A Dresden man is facing assorted alcohol and drug charges following a traffic stop in Dresden.
According to a court affidavit, 21-year-old Joshua Caleb Colley of Southfield Drive in Dresden is charged with possession of a schedule three drug, introducing drugs into a county jail, driving under the influence, and driving on a suspended license.
Weakley County Sheriff’s Deputy Gary Eddings states, at approximately 9:11 p.m., Tuesday, May 19, 2020, someone notified the 911 dispatcher’s office to report an erratic driver headed toward Dresden on Greenfield Highway 54. The caller said the driver’s vehicle was “all over the roadway.”
Deputy Eddings and Dresden Police officers were searching for the vehicle, when the caller reported the driver pulled down Southfield Drive.
Eddings and the Dresden officers located the vehicle and spoke with Colley, who they described as confused.
The officers note Colley performed very poorly on three sobriety tests and appeared unsteady on his feet.
Colley agreed to a blood test, which was performed at West Tennessee Healthcare Volunteer Hospital in Martin.
After Colley was placed under arrest, he told officers he had been drinking since he got off work at 5:30 p.m. and a friend gave him a blue pill that made him feel “loopy.”
Once the defendant arrived at the Weakley County Detention Center, jailers found three-and-a-half Suboxone pills inside his wallet, for which he had no prescription. When the officers asked how many of the pills he had taken that day, Colley said he couldn’t remember.
A search of Colley’s record revealed his driver’s license was suspended April 5, 2020 for driving without proof of insurance.
The defendant has since been released from the Weakley County Jail and is ordered to appear in Weakley County General Sessions Court at 8:30 a.m., Wednesday, August 12. 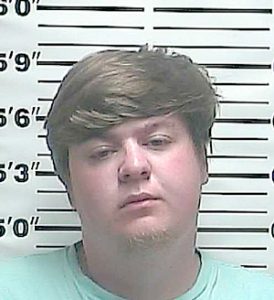