McKENZIE (June 7) — A McKenzie man is facing multiple drug and motor vehicle charges after he was stopped for erratic driving in downtown Greenfield.
James Michael Sole, 26, of 193 Eli Brown Road, McKenzie, is charged with: Driving Under The Influence, Driving on Revoked / Suspended License, Possession of Drug Paraphernalia, Possession of Schedule VI, Violation Implied Consent Law, and Failure To Provide Proof Insurance.
According to a court affidavit, at approximately 4:22 p.m. on Monday, June 1, 2020, Greenfield Police Department Ptl. Joseph Roth responded to a report involving a reckless driver on East Main Street. The officer spotted a white vehicle traveling down the street with a flat doughnut tire.
Ptl. Roth stopped the car to perform a welfare check and smelled an alcoholic type beverage on the driver’s person.
A license check revealed Sole’s driver’s license was revoked out of Weakley County on September 25, 2019 for a prior DUI. Sole was placed under arrest for driving on a revoked license. Additionally, the officer learned there was no insurance on the vehicle.
A search of the car incident to Sole’s arrest revealed a small bag of green plant material believed to be marijuana and other items associated with smoking.
The driver was advised of the implied consent law, but he refused to submit to a blood/alcohol or a breath analyzer test.
The defendant’s review hearing in Weakley County General Sessions Court is October 9, 2020. 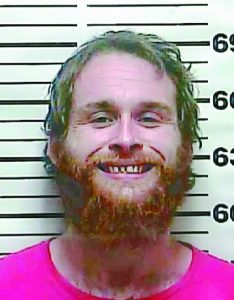