GLEASON (June 5) — A Gleason man is charged with child abuse, after the Department of Children’s Services (DCS) notified Gleason Police Department a one-year-old child was determined to have drugs in its system.
Christopher Michael Cozart, 42, of Gleason is charged with aggravated child abuse, as a result of his child testing positive for methamphetamine.
According to a court affidavit, on May 7, a DCS worker informed Gleason Assistant Police Chief Brian Legons a one-year-old child tested positive for methamphetamine. The case came to light after the child’s mother expressed concerns about the child’s welfare, due to drug use in the home.
The DCS case worker requested a hair follicle test, which resulted in the child testing positive for the presence of methamphetamine. The level of methamphetamine in the child’s system was 5,996 mg. The cut off level is 500 mg.
DCS informed Gleason Police Department there were two children in the home, but only the one-year-old tested positive.
The children were removed from the home and placed at a safe location.
At the time the test was administered, the children were in the care of their father, Christopher Cozart. The mother left the residence the week before the incident, due to alleged domestic abuse by Cozart.
Additionally, the mother accused the father of leaving the child alone for up to an hour.
Cozart was arrested and charged on Monday, June 1. The defendant is ordered to appear in Weakley County General Sessions Court for his preliminary hearing is June 10. 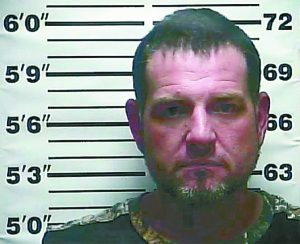