DRESDEN (May 26) — A Henry County man is wanted on multiple charges after fleeing from police in a stolen vehicle on Tuesday, May 26, 2020.
Dresden Police are looking for 44-year-old Joseph B. Coleman of Paris, who is charged with: reckless endangerment, felony evading arrest, driving on a suspended driver’s license, and use of stolen plates. He is also wanted on felony warrants in Kentucky.
According to Dresden Police Chief Steve Howe and Assistant Chief Chris Crocker, at approximately 12:30 p.m., they observed Coleman and another suspect conduct a narcotics transaction in the parking lot of a business on Highway 22.
The officers were alerted that the vehicle driven by Coleman was reported stolen. When they attempted question the suspect, he fled the scene.
Officers attempted to stop Coleman’s vehicle, but due to the high rate of speed and public safety concerns, officers terminated the chase. The vehicle was abandoned in the East Highland area of Martin.
As of press time, Coleman remains at large.
Chief Howe says the other subject’s name is not being released at this time. 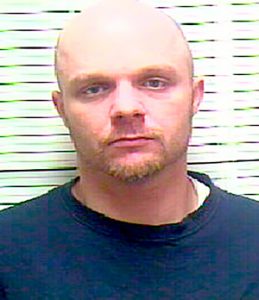