MARTIN (May 13) — The University of Tennessee at Martin received a $500,000 donation from Bill Blankenship, 1955 UT Martin alumnus and noted university donor, to continue Phase II of the Fine Arts Performance Center project.
The facility will be used by the Fine and Performing Arts programs at UT Martin, as well as host guest performers, academic speakers, fundraising events, conferences and regional competitions.
“The new concert hall will provide the venue sorely needed to give all UTM students access to the highest-caliber touring acts, while also providing a large-audience capacity space with great acoustics for our own UTM music ensembles,” said Dr. Julie Hill, chair of the Department of Music.
The construction of Phase I of the Fine Arts Building was finished in 2013, completing the first half of the project. Construction for Phase II will cost $40 million overall and requires a six percent match, or $2.4 million, to receive state funding. The university has already raised over $595,000 for Phase II, which is 23 percent of the goal.
Blankenship, who also contributed to the Fine Arts Building Phase I construction and for whom the Blankenship Recital Hall in the Fine Arts Building is named, believes it is important to give back to the university that gave him so many opportunities while he was a student.
“It’s only reasonable to give back to the place that gave you so much,” Blankenship said in an interview for Tennessee Alumnus magazine. “I want to be at the forefront of giving back, especially if it means the leaders of tomorrow will gain all that they can while at UT Martin and be prepared to go out into the world and be positive forces of change.”
For students and faculty, a new performance center would provide practice and performance spaces that are not currently readily available or adaptable to each specific department.
“Outside of the music department, the new Concert Hall will provide increased programs for experiential learning and internships to all UTM students across a variety of disciplines on our campus combining opportunities in marketing, business, and much more,” said Hill.
The performance center is expected to contribute over $400,000 annually to the Northwest Tennessee economy through programs and partnerships in music, visual arts, children’s programming, dance and film.
“A new concert hall will provide our students, faculty and guests with a modern facility to showcase growth and talent. Having a concert hall of this caliber will contribute to social and economic growth within the region and will bring community pride and revenue to the area,” said DaeShuana Aldridge, a junior music major from Paris. “With this new ‘big-city’ concert hall, UTM will provide a cultural gem, impacting a far greater region than the borders of our campus.” 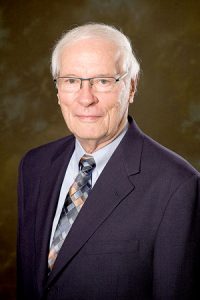