MARTIN (May 13) — A Martin man, who allegedly assaulted a woman, is facing charges after refusing to surrender to police during a two-hour standoff.
James Thomas, Jr., 45, of Martin, is charged with Aggravated Criminal Trespass, Domestic Assault,, and Resisting Stop, Frisk or Halt.
According to Assistant Chief Phillip Fuqua of the Martin Police Department, at approximately 6:25 p.m., on Wednesday, May 13, 2020, Martin officers responded to a domestic violence incident at 105 Palace Street.
Upon arrival, they were advised Thomas had assaulted a female at this location and then barricaded himself in the bathroom.
Officers were informed at the scene Thomas might have a gun and he had threatened to harm himself.
Members of the Martin P.D. Special Response Team (SRT) were called to the scene and attempted to convince Thomas to exit the residence for over two hours.
After these attempts failed, the SRT team made a forced entry into the residence and apprehended Thomas without injury to him or members of the team.
The defendant was placed under arrest and transported to the Weakley County Sheriff’s Office for evaluation.
Thomas is held in the Weakley County Jail on the above-mentioned charges. 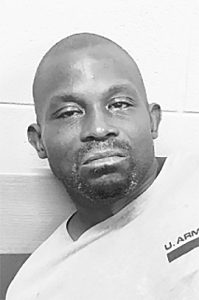